It's Time To Give Him the Credit He Deserves!

You can mock his brash demeanor.
You can dismiss his relentless irreverence
You can even smirk at his ample girth or take pleasure in his presumed downfall.
But one thing you cannot do is deny Chris Christie's many accomplishments.
When Chris Christie proclaimed on election night 2009 that he would "turn Trenton upside down," he wasn't joking.
Because this quintessential Jersey Guy did what others only talked about doing. He actually stemmed the rising tide of the state's runaway property taxes. Christie succeeded in getting a state-imposed cap of property tax hikes that dramatically cut the rate of annual tax hikes from seven percent before he took office to an average of 2.3 percent during his tenure. And Christie also capped arbitration awards for police and fire salaries, saving homeowners $2.9 billion in property taxes over seven years. On top of all that, he even managed to slash the state government payroll and cut the state sales tax. 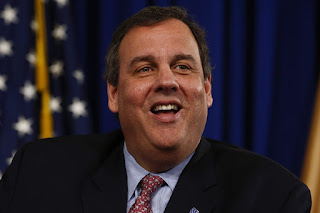 And at the same time, Christie brokered an unprecedented deal with Democrats enacting a wide-ranging pension and benefits reform package that eliminated cost-of-living adjustments, delivered a projected savings to state and local governments of $120 billion over 30 years. At the same time, Christie's administration poured $8.8 billion into the pension system over eight years—more than double the amount contributed by the last five governors combined.
Christie also took on the powerful NJEA teachers' union, doubled the number of charter-school enrollments and enacted tenure reforms allowing principals to fire ineffective teachers. Along the way, the governor became a passionate champion of school choice and common-sense education reform.
When Christie first proposed the reorganization of Rutgers and Rowan universities and a closer cooperation between the two, academic elites scoffed at his ideas. But the new combo has proven to be a success, giving South Jersey a world-class research university and a brand new Rowan Medical School while helping to increase grants and spike academic ratings for Rutgers.
When Chris Christie took office New Jersey was in the economic doldrums. Unemployment was hovering near double digits and growth was sluggish. Under Governor Christie, more than 300,000 new jobs have been created and the unemployment rate has been cut by more than half. And nowhere is business development and job growth more evident than in Camden where, for the first time, major companies such as Subaru, Holtec International and American Water are bringing private sector jobs back to the city. In fact, it's safe to say that no governor in recent history has been more involved with Camden, spent more time in Camden or done more for the city than Governor Christie.
As significant as all these accomplishments are, many people believe that Christie's historic overhaul of the bail system along with drug violation and drug treatment reforms will be cited as among his most historic achievements. The governor put together a deal with the legislature that basically eliminated bail for all except those charged with violent crimes. Governor Christie also expanded "drug courts,'' which allow non-violent drug offenders to be moved to treatment programs instead of prison. And he reached out to those addicted to drugs with tough love and understanding by widening the use of Narcan to save lives, cracking down on runaway opioid prescriptions, supporting drug treatment programs and expanding treatment centers throughout the state. Here, the governor's program became a national model and won him a coveted spot at the helm of President Trump's commission on the opioid crisis.
At almost every turn, Chris Christie was an audacious visionary who always opted to do what he called "the big things". His move to raise the Bayonne Bridge allowing supertankers to pass under the structure and now dock in Port Newark is a perfect example of that. And recently, in an historic joint effort, Christie and Governor Andrew Cuomo put the finishing touches on the massive $12.7 billion Gateway Tunnel project linking New York and New Jersey.
Yes, Chris Christie can be surprisingly abrupt and startlingly dismissive at times. And here and there he may have allowed bald ambition to impede progress.
But even now, no one can doubt his love for his home state and his visceral connection to its citizens, even those who may have soured on him. And no one can erase his impressive list of achievements.


This was a consequential administration and Chris Christie remains a transformational governor.