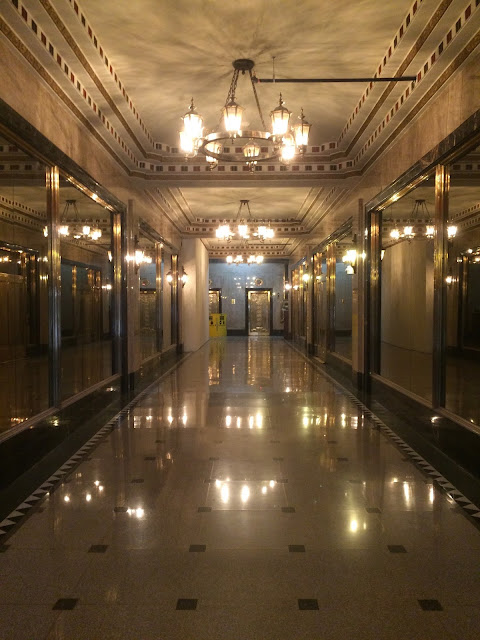 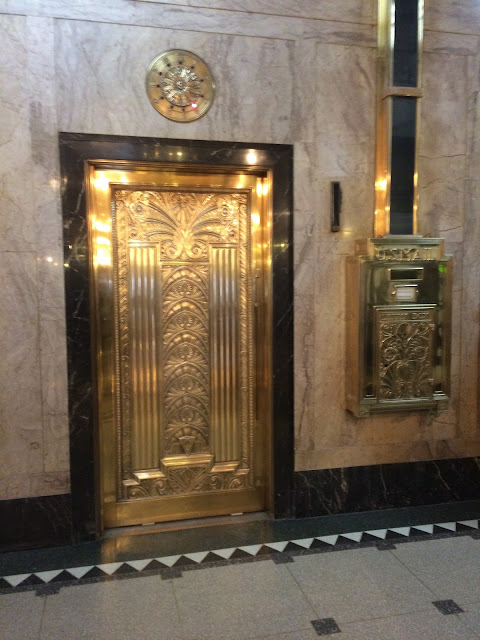 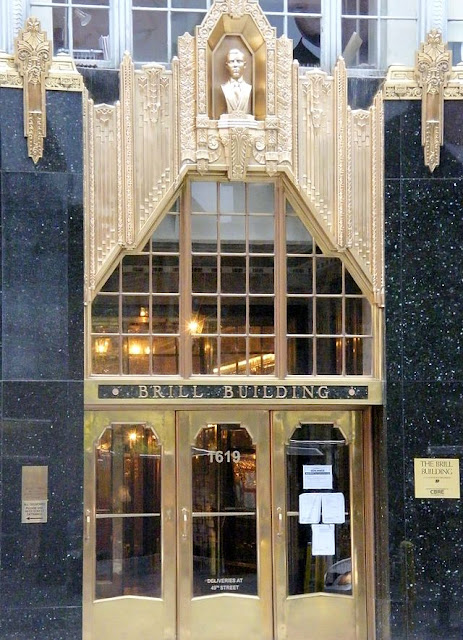 On one of a strolls along Broadway a few years ago as we were preparing a story for our new blog Dan On Broadway, we once again walked past the legendary Brill Building. Only this time, we stopped and peeked inside.The Brill Building (built 1931 as the Alan E. Lefcourt Building and designed by Victor Bark Jr.) is an office building located at 1619 Broadway on 49th Street in the Theater District, just north of Times Square.

It is famous for housing music industry offices and studios where some of the most popular American music tunes were written. The building is 11 stories and has approximately 175,000 square feet of rentable area. The "Brill" name comes from a haberdasher who once operated a store at street level and subsequently bought the building. The Brill Building was purchased by 1619 Broadway Realty LLC in June 2013 and is now undergoing a significant renovation. No problem, however. The current management was all to happy to have us take a look around and snap some photos.

The Brill Building's name has been widely adopted as a shorthand term for a broad and influential stream of American mainstream popular song (strongly influenced by Latin music, Traditional black gospel and rhythm and blues) which enjoyed great commercial success in the late 1950s and throughout the 1960s. Many significant American and international publishing companies, music agencies and recording labels were based in New York, and although these ventures were naturally spread across many locations, the Brill Building was regarded as probably the most prestigious address in New York for music business professionals.By 1962 the Brill Building contained 165 music businesses. A musician could find a publisher and printer, cut a demo, promote the record and cut a deal with radio promoters, all within this one building. The creative culture of the independent music companies in the Brill Building and the nearby 1650 Broadway came to define the influential "Brill Building Sound" and the style of popular songwriting and recording created by its writers and producers.Carole King described the atmosphere at the "Brill Building" publishing houses of the period:


Every day we squeezed into our respective cubby holes with just enough room for a piano, a bench, and maybe a chair for the lyricist if you were lucky. You'd sit there and write and you could hear someone in the next cubby hole composing a song exactly like yours. The pressure in the Brill Building was really terrific—because Donny (Kirshner) would play one songwriter against another. He'd say: "We need a new smash hit"—and we'd all go back and write a song and the next day we'd each audition for Bobby Vee's producer.
—Quoted in The Sociology of Rock by Simon Frith.

Among the hundreds of hits written in The Brill Building are "Yakety Yak" (Leiber-Stoller), "Save the Last Dance for Me" (Pomus-Shuman), "The Look of Love" (Bacharach-David), "Breaking Up Is Hard to Do" (Sedaka-Greenfield), "Devil in Disguise" (Giant-Baum-Kaye), "The Loco-Motion" (Goffin-King), "Supernatural Thing" (Fyre-Guthrie), "We Gotta Get Out of This Place" (Mann-Weil), and "River Deep, Mountain High" (Spector-Greenwich-Barry).

In 2015, the Brill Building's new owners said that the building is "is now transforming into a state-of-the-art office complex for today’s media, fashion, tech, music and entertainment companies. A new 49th Street entrance will offer tenants privacy and security, with all the convenience of Times Square."

But it appears as if nothing much has happened since.

So, the future of this legendary building may be doubtful.

Still, next time you're in the neighborhood, check it out.