The Outrageous SHAME Of The Garden State!

May 3 was “tax freedom” day in New Jersey, the Save Jerseyans, the day to which our residents needed to work until their paychecks satisfied their total average tax burdens for 2018.
We’re tied with Connecticut and D.C. for having the second latest tax freedom date in the United States, surpassed only by New York (they’re working until May 14th): 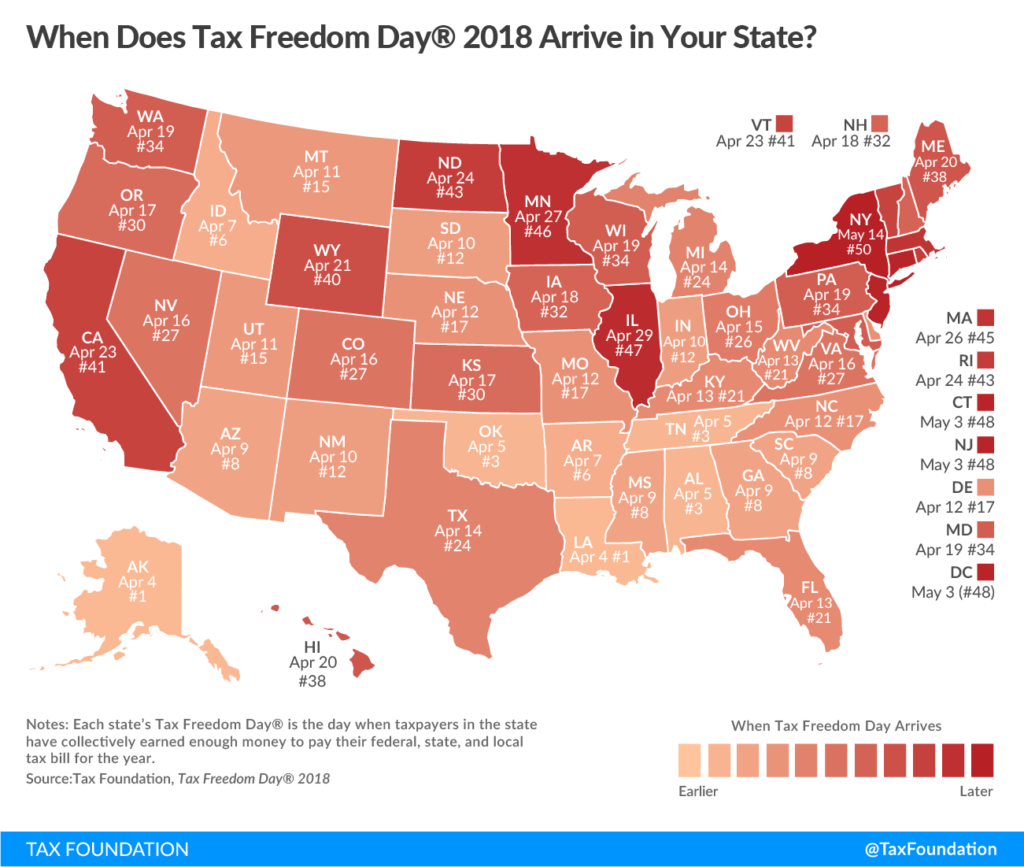 Why so late?
Did you miss yesterday’s big news?
On Tax Freedom Day Eve, Fire Marshall Phil (Murphy), a Democrat and our governor, actually said “I don’t know the exact number” when asked how much a massive new public union deal would cost N.J. taxpayers. He doesn’t know! And he has the temerity to admit it:
So yeah, it’s no mystery why 1/3 of our year is spent working to pay the government instead of enriching our own families!
Not with guys like Phil at the reins who never ask ‘how much’ when they’re buying votes with house money.
Federal tax reform is the straw that will break the camel’s back; the exodus of wealth to lower tax states has been underway for years, but a combination of SALT changes and our state’s unwillingness to adapt to them (by lowering property taxes) will doom us.
No one in Trenton is working for us. We’re working for them, and to serve their ever-moving standards of “fairness” and other subjective concepts invented to cultivate votes and secure their own reelections. That’s not how things are supposed to be but they are and it’s expensive  and it’s wrong, friends. Very wrong.
Posted by Dan Cirucci at 12:41 PM