A Cape May Jazz Vespers Concert featuring bassist Andy Lalasis and his group Mosaique will be held at at the First Presbyterian Church of Cape May on June 3rd at 3 pm.

Bassist Andy Lalasis is the ultimate supporting musician. For years he has been one of the finest bassists in the area. In fact, he's one of the best bassists PERIOD! His lyricism and passion are legendary. Andy is making one of his rare appearances as a band leader for this Jazz Vespers show.

Andy has played with all the jazz greats in our region, and all the world-class acts passing through Atlantic City. “I’ve had the incredible experience’ says Lalasis, ‘of playing with all the major stars. For over 10 years, Lalasis was the bassist who accompanied all the visiting headliners at the legendary Elaine’s lounge, within Atlantic City’s fondly-remembered Steve Wynn's Golden Nugget Hotel and Casino. Those headliners included everyone from Ann Hampton Calloway, Keely Smith, Joanie Sommers, Billy Eckstine and Billy Daniels. Stars booked at Elaines often stayed in town another week just to record with Lalasis and the legendary house trio. And a frequent visitor to Elaines on his off nights? The one and only Francis Albert Sinatra! 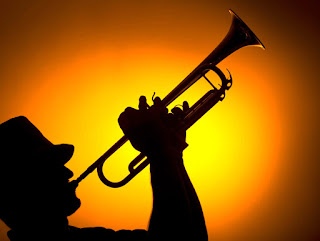 Andy spent 11 years at Resorts Casino as a member of Merv Griffin's Coconut Ballroom Orchestra doing Merv's NY's Eve TV shows and playing for the biggest stars who appeared there. Lalasis has also toured the world with Jazz guitar genius Pat Martino and has backed up virtually every “Star Act” who ever performed in Atlantic City at one time or another.

Says Lalasis, “I worked in AC for nearly 30 years, six days a week. It was an amazing education and led up to what I’m doing today: playing with highly creative, beautiful jazz musicians such as those in Mosaique, the group I’ll be playing with for Vespers.”

Lalasis began playing jazz in his teens. When he attended Glassboro State College (now Rowan University) he became a music major and took up the upright bass, “I fell in love with jazz, and I’ve never looked back.” Among his many tutors in those days was the famous Dennis Sandole, the jazz guru who taught John Coltrane.

“I definitely throw myself into my music. For me it’s not just a cerebral thing. It’s also a physical thing.” Anyone who has seen Lalasis play knows he’s speaking the truth here. When he gets rolling, it’s a sight to behold. “I play a huge monster of an instrument that has to be tamed on a regular basis.”

Somehow over the years Andy has found time to get away from Atlantic City, touring the U.S. and around the world with acts he originally met in the casinos. These days he plays throughout our region with the very best musicians in many different groups. His most recent affiliation is with Mosaique, and they have just released a new CD of the same name.

Along with Lalasis on bass, Mosaique consists of following musicians:

Marc Adler, flute and composition. Marc holds a Bachelor of Music from the University of the Arts; a Masters in Music from Temple University and is a recipient of jazz fellowships from the National Endowment for the Arts and the Pennsylvania Council on the Arts. He is also the author of various jazz related publications and articles (Jazz Player, Flute Talk, Hal Leonard, ScoreVivo.com, Sokillingman.com) and is featured on numerous recordings.

Vic Stevens is a popular and highly respected drummer and percussionist, recording engineer and owner of Giant Steps Recording Studio in Sicklerville, New Jersey. He is on the faculty of the The University of the Arts in Philadelphia where he teaches the recording module in the advanced technology course. He has released three recordings as a leader - ”If People Could Talk” 2007, “No Curb Ahead” 1997, and “Till We Meet Again”, 1995. Performance credits include gigs with Chuck Loeb, Smokey Robinson, Bobby Caldwell, Marc Johnson, Larry Carlton, Allan Holdsworth and many others!

Jason Long is a Philadelphia native and for over 25 years has been a professional musician, arranger and music educator in the Philadelphia Metropolitan area. A graduate from the University of the Arts in Philadelphia, Jason has performed and recorded with numerous local and national acts as both a pianist and a bassist. Salient artists include Bobby Caldwell, Arturo Sandoval, Brian Bromberg, Will Lee and Andrew Neu. Jason has performed over 6000 professional musical performances in both public and private venues and is among the most in demand musicians on the scene today. Although most of his gigs are as a jazz musician, he is comfortable with many different genres of music.

Summing up his career to date, Lalasis say, “I’m so amazingly blessed to be out 3, 4,5 nights a weeks at my ripe old age…playing music. It doesn’t get any better than that.”
Posted by Dan Cirucci at 11:15 AM