It's sad but relentlessly true: New Jersey property taxes are monstrously high.
And New Jersey government officials at all levels have done basically nothing about it ever! Not now. Not a decade ago. Not there or four or five or six decades ago. Nothing! 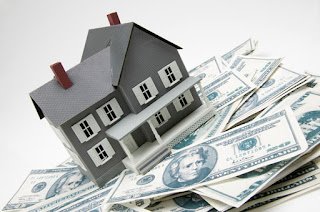 Where oh where did all that money go?
What happened?
It couldn't have been just the cost of living. The government collected way, way, WAY more than enough money to make up for the COLA increases.
Where did the rest of the money go?
Your guess is as good as mine!

A postscript: Such is the nature of stratospheric New Jersey property taxes that some of my fellow residents of the Garden State may actually think taxes of less than $10,000 annually are a bargain inasmuch as they may be paying 15, 20, 25 or 30 thousand dollars a year or more. I get that. But whether you measure them at the high or low end of the scale, New Jersey property taxes are onerous and disgraceful! And, they are NOT offset by lower taxes anywhere else or anything else in the state. That's arguably the cruelest tally of all.

NJ's sky high property taxes have a variety of causes. Most of the state aid to education goes to a few failed and corrupt city school districts that were previously called Abbott Districts. It needs to be distributed equally to all districts based on current enrollment. Many county governments funnel their portion of the property taxes from the suburbs to those same cities where much is wasted. The third component of property taxes could save money by consolidating towns or shared services but the state courts and politicians have interfered making it more complicated than it needs to be. Ultimately, most politicians of both parties seem to have little interest in calling attention to these issues and rarely even publicize them. I have to assume that they feel and with much justification that NJ's voters may complain about taxes but don't really care.

Thanks for sharing your experience!
Tax Checklists