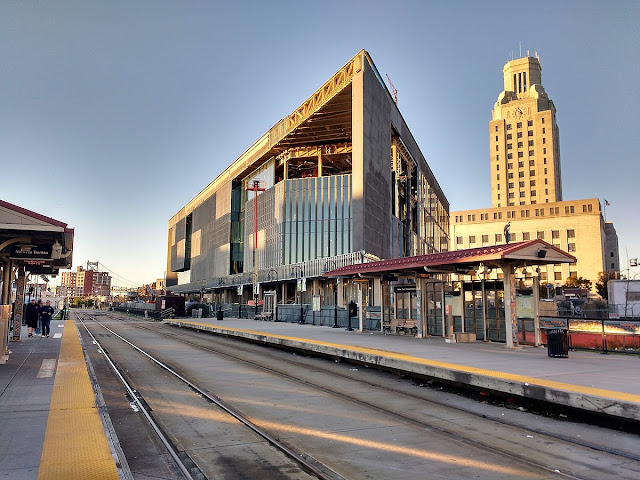 “As elected representatives of Camden, with deep roots in the city and singularly committed to the revival and prosperity of its residents, businesses and neighborhoods, we are deeply appalled by Governor Phil Murphy, his administration and the blatantly political leaning task force established by him, for the relentless, unfounded and disingenuous attacks on the businesses making generational investments. We will not be party to nor will we tolerate any efforts to turn back the hard-fought progress that has been made in Camden over the last several years to attract businesses, rebuild our housing inventory, improve public safety and our k-12 education system. We will continue to strongly advocate for the city and ensure that legislative and public initiatives originating in Trenton will benefit Camden just as they do north jersey communities.

For months, Governor Murphy has claimed, with zero evidence, that $11 billion in taxpayer money has been squandered because of lucrative tax credits given to huge companies. Perhaps in the age of Donald Trump, the Governor has learned all the wrong lessons of leadership and adherence to the truth. His invective has been particularly targeted at Camden companies that have received tax credits under the GROW NJ program, which was enacted into law in 2013, and not companies like JP Morgan, Panasonic, Merrill Lynch, Barclays, Ralph Lauren and Gucci which collectively received hundreds of millions in grants and tax credits but happened to be located in north jersey. Also, we find it surprising and hypocritical that Governor Murphy happily accepted $165 million in tax credits when he was on the management committee at the huge and lucrative firm, Goldman Sachs, and was fully prepared to give away $5 billion to the planet’s richest company, Amazon, but has feverishly insinuated without proof that irregularities exist for tax programs that would help Camden. It must have been okay for him and Amazon because he was moving his firm to Jersey City and Amazon was considering moving to Newark.

For fifty years this great city was socially and economically stagnant. But for the grit and soul of the residents, elected officials, non-profits and a few anchor institutions like Cooper Hospital and Campbell’s Soup Company, Camden would have never recovered from its tailspin. Public safety was virtually non-existent, the k-12 education system was in shambles, businesses were unwilling to move here, unemployment rates were at alarming levels, and investment in infrastructure whether it be in schools, roads and parks were anemic at best. Years of planning, discussion, and collaboration with policy makers, residents, business and religious leaders and non-profits, have led to improvements that few imagined was possible just a decade ago.

Today, the city is the safest it has been in fifty years. Not only have graduation rates in the city reached 69%, but close to $335 million in public and private investments are or have been made to improve our school facilities. Over one thousand homes are being rehabilitated or being built in all neighborhoods, along with $75 million in roads and park projects. Unemployment is the lowest it has been in more than two decades. For the first time in two generations, 30 businesses are moving into or expanding their operations in the city. They range from marque companies like Subaru, Holtec, American Water, NFI, CSB, Michaels and EMR to small businesses like I-PAK, Camden Yards and Steel, and Contemporary Graphics. These businesses have made a generational commitment to Camden because of the GROW NJ program. According to a recent report, 10% of the workforce in these companies are already made up of Camden residents. Yet because of the unrelenting attacks, there has been a chilling effect statewide in the business community and in Camden; legitimate questions are being raised regarding the Murphy administration’s intent to honor binding agreements businesses have with the Economic Development Authority (EDA) even upon certification that the mandated requirements have been met. The Governor’s actions only further cement New Jersey’s reputation as one of the most unfriendly states in the country.

Governor Murphy applauds community and business leaders, stakeholders and elected officials for the progress that has made every time he visits the Camden; we prefer to provide our residents and businesses a reliable and predictable pathway to success including eventual financial security for our governmental institutions based on our collective commitment and true leadership from the Governor without his geographic bias. In return, if we have to sacrifice his faint praise for the city so be it.

It has occurred to us that the Governor maybe holding Camden and the business communities in general hostage to get his massive tax increases through the legislature. In an already high-taxed state like New Jersey, we think it is unwise to pile on the taxes even more and drive people and businesses out of state. Regardless, we think it is unfair and illogical to use the most significant contributors to our economy – our businesses – as pawns to get the massive taxes enacted.

We are heartened by the fact that the most progressive leader of our time, President Barack Obama, visited Camden and held up this city as “symbol of promise.” Perhaps the Governor and his ilk would be better served following the example of President Obama instead of blindly and for abject political reasons undermining our city on the rise.”
Posted by Dan Cirucci at 7:00 AM