Masada is included in the list of pretty much everyone's visit to Israel. And justifiably so.

The place has an eerie, stunning, mesmerizing look and feel.

You glide up to the top of Masada on a gondola car and are free to wander the ruins of Herod's palace encampment at your leisure.

This is an ancient fortress in southern Israel’s Judean Desert. It's on a massive plateau overlooking the Dead Sea. The views are spectacular and you will also so some remarkably intact ruins.

The siege of Masada was one of the final events in the First Jewish–Roman War, occurring from 73 to 74 CE.

The siege was chronicled by Flavius Josephus, a Jewish rebel leader captured by the Romans, in whose service he became a historian. According to Josephus the long siege by the troops of the Roman Empire led to the mass suicide of the Sicarii rebels and resident Jewish families of the Masada fortress, although this is not supported by archaeological investigation. The siege has become controversial, with some Jews regarding Masada as a place of reverence, commemorating ancestors who fell heroically against oppression, and others regarding it as a testament to extremism and a refusal to compromise.

It was scorching hot at Masada today but or tour group didn't miss a beat. Enjoy the photos! 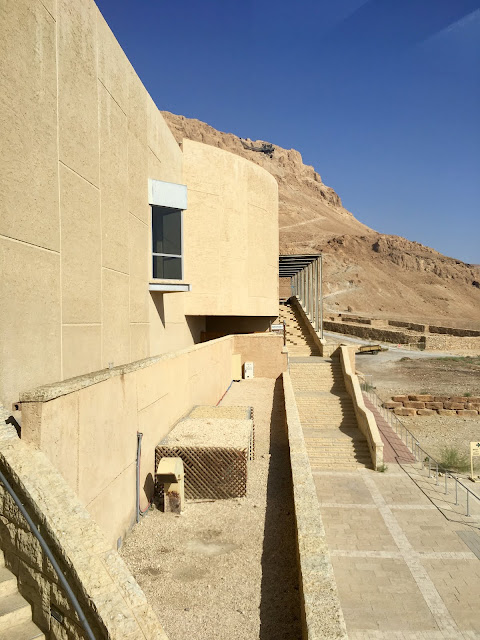 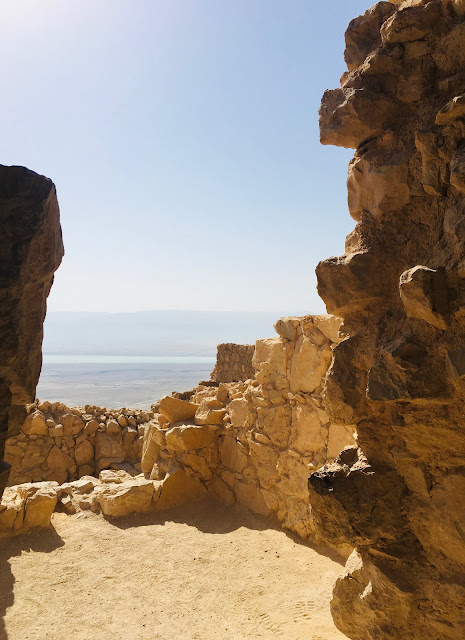 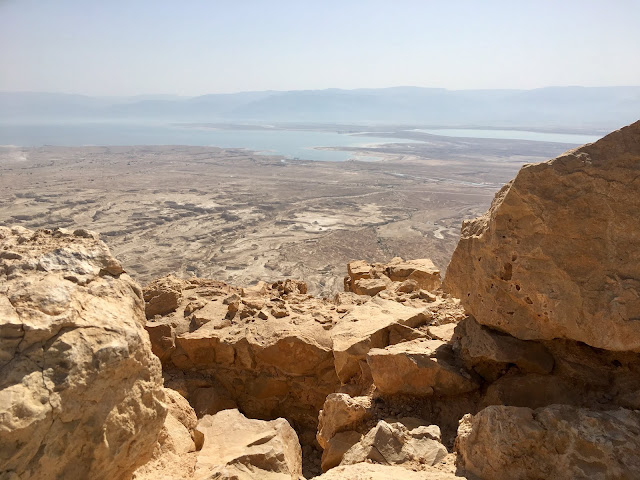 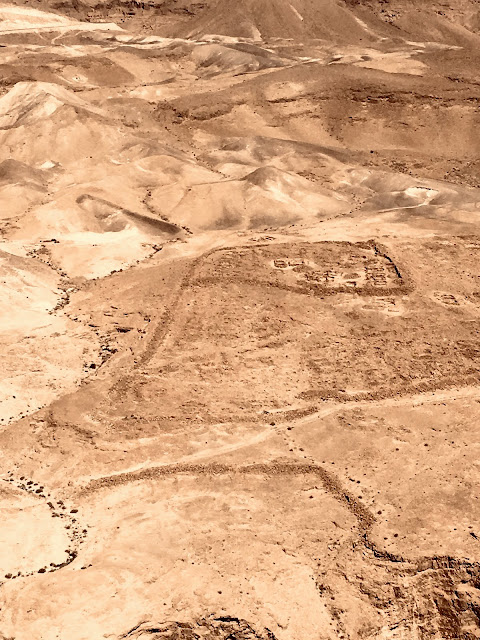 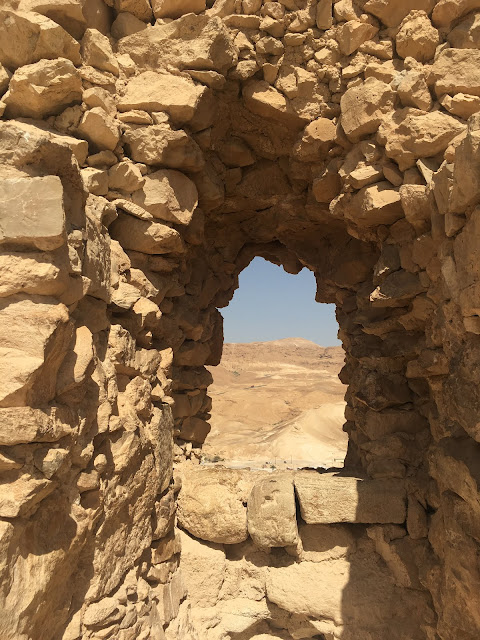 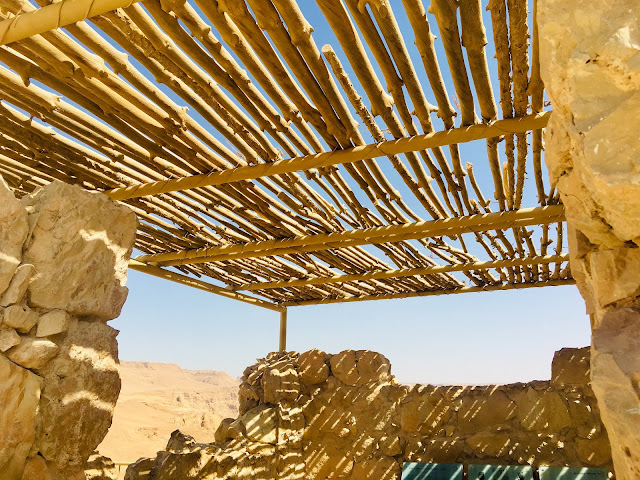 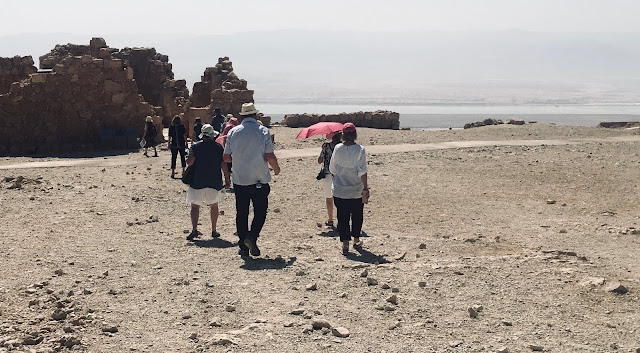 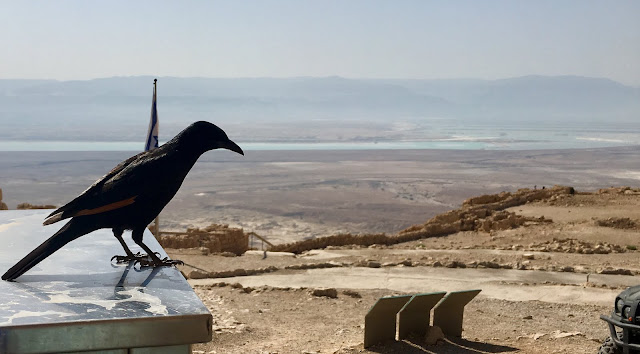