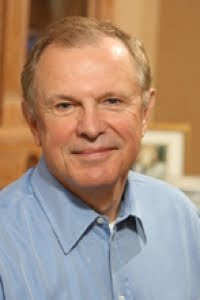 As the father of New Jersey’s Tax Incentives, I was taken aback when Governor Murphy falsely stated tax incentives have squandered $11 billion from the state treasury, but brushed that off as a political pitch to his far left supporters.
I was again taken aback, this time as a lawyer, by Murphy’s EDA Task Force Chairman, Ron Chen’s, announcement of a criminal referral regarding the task force’s inquiries. That announcement was an irresponsible and unethical use of law enforcement for political purposes that was walked back by Chen the day after I stated such in an interview with Michael Aron on his On The Record NJTV Show. Ron Chen should have known better and has a lot more walking back to do.
Taking a page from U. S. Attorney Bill Barr’s playbook, the letter below was sent to Norcross at Conner Strong & Buckelew by Jim Walden, former Assistant U.S. Attorney for the Eastern District of New York, on May 1, 2019 regarding the Task Force's continuation of a Public Hearing one day later. Identical letters were emailed at the same time to three other businesses that had been awarded tax incentives to invest in the City of Camden.
Out of the 913 business entities awarded tax incentives across New Jersey, Task Force Chairman Chen publicly labeled just these four businesses "entities of concern," Three of the four business entities singled out have not yet received a single dollar in tax incentives. The four have invested hundreds of millions of dollars in the revitalization of Camden.
The letter is the equivalent of a target letter. A target letter is a letter one would receive from a United States Attorney stating you are the "target" of a criminal investigation and is only issued after due process was given beforehand.
At no time prior to the letters were any of the Camden business entities advised of the information to be presented or that the information would tend to defame them or otherwise adversely affect their reputations. This is counter to appropriate conduct under New Jersey law and has tainted the process.
It is not my intent to defend George Norcross and the other Camden businesses targeted by the Task Force, but I am compelled to speak out and denounce the tactics used and the purpose of the Task Force.
As the sponsor of the legislation that has been its focus, I was involved in every step of the legislative deliberations that are the subject of the criminal referral and designation of entities of concern, yet I have not been called to testify by the Task Force. This failure to do due diligence makes it clear the Task Force is nothing more than a political vehicle, not to advance its stated objective, but to attack a political opponent with law enforcement tactics without even using fundamental due process.
I support the announcement of Governor Murphy’s EDA Task Force to “Examine Deficiencies of New Jersey’s Tax Incentive Programs”, but instead of the announced intent, the Task Force has been used as a vehicle to publicly cast criminal intent upon George Norcross’s long established and productive mission to transform Camden City from the poorest, most crime ridden municipality in the nation, into an attractive location for business development.
I’m an eternal optimist and hope the Task Force can start doing the job it was formed to do, to improve upon the tax incentives needed for New Jersey to attract and keep business investment and jobs, but I have great concern that using the Task Force as a Star Chamber for political oppression of opposition through the arbitrary use and abuse of power is a point of no return.
Playing hardball is nothing new to New Jersey politics. I’ve played it myself at times, but using the levers of law enforcement to score political points is not hardball. It’s lowball and may be a Waterloo for Governor Murphy. The die was cast by this letter dated May 1, 2019.

Dear Mr. Norcross:
I write as Special Counsel to the New Jersey Task Force on the Economic Development Authority’s Tax Incentives (the “Task Force”) to inform you that the second day of the multi-day Public Hearing of the Task Force will take place on May 2, 2019, at 10:00 a.m. at Rutgers Law School, located at 123 Washington Street, Newark, New Jersey (the “Public Hearing”).
As part of the second day of the Public Hearing, the Task Force will call certain witnesses to participate and testify. Some witnesses will testify voluntarily while others will appear subject to subpoenas issued by the Task Force Chairman, Professor Ronald K. Chen, pursuant to the authority delegated to him by Governor Philip D. Murphy under N.J.S.A. § 52:15-7. I also write to advise you that information about you may be offered at the Task Force’s upcoming Public Hearing. If you believe this information is adverse to your interests, upon notice of the same and in accordance with the New Jersey Investigative Procedures Act, Professor Chen has determined that you will be afforded the opportunity to submit a sworn, written statement to be incorporated into the record of the Task Force’s investigatory Public Hearing. See N.J.S.A. § 52:13E-6. This statement of facts must relate solely to matters relevant to any testimony or evidence you believe to be adverse to your interests. Id. Accordingly, if you wish to avail yourself of this process, you must: (1) notify the Task Force by Friday, May 10, 2019 of your intention to submit a notarized, sworn statement; and (2) submit an original of your notarized, sworn statement to my attention at the following address by no later than Friday, May 17, 2019, at the close of business.
Jim Walden Walden Macht & Haran LLP
Posted by Dan Cirucci at 12:01 PM