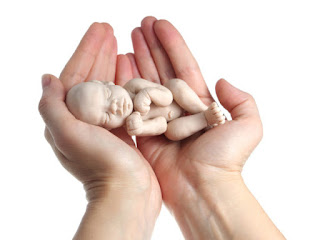 
“Over the past few days, videos have gone viral on social media featuring State Representative Brian Sims aggressively harassing young and elderly women who were peacefully praying outside of a Planned Parenthood Clinic in Philadelphia.

These videos, which Representative Sims took himself, have rightly sparked broad outrage and garnered much attention in the press. His actions were unbecoming of an elected official. There is much bitter irony that he claims to be a champion for the rights of all women yet he trampled on the rights of others and disgracefully shamed them in public. It was particularly disdainful that he offered a bounty for the identity and home addresses of three young ladies in order to encourage protests at their homes.

Our country is one founded on democratic principles and civil discourse in the public square. Our elected officials represent all of their constituents—not just the ones with whom they agree. Representative Sims spoke often of shame and there was plenty of that to be found in his actions, which demonstrated a complete disregard for civility and basic human decency.

I’m calling on all people of good will to channel their indignation into right action and prayerful witness.

Live Action has organized a prayerful rally that will take place this Friday, May 10th outside the Planned Parenthood Clinic at 12th and Locust Streets here in Philadelphia at 11:00 a.m. I’m encouraging broad participation in this peaceful initiative. Let us meet the hateful actions of Representative Sims with the love of Christ and let us fervently pray for respect for life from conception to natural death.”