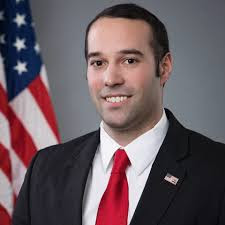 Atlantic County Young Republicans Chairman Brian T. Fitzherbert released the following statement in response to Congressman Jeff Van Drew’s (D-NJ-02) push to increase election security in the United States:
Over the past weekend, Congressman Van Drew was quoted saying, “We need to do everything in our power to assure the American people that the election system is secured and that outside forces will not interfere.”
“How ironic,” Fitzherbert said.
Fitzherbert continued, “It appears our Congressman just can’t help his own hypocrisy. He’s pushing to increase election security when he himself has used the Calloway brothers. Anyone paying attention to elections in Atlantic County doesn’t need any more information than that.”
The Calloway brothers have offered money to individuals to obtain and sign messenger ballots for voters they do not know as well as a questionable vote-by-mail operation that includes having ballots already filled out for voters.


“Congressman Van Drew welcomes support from the Calloway brothers, as he did in the 2018 election, but wants to push election security. How can his comments in Washington D.C. and actions at home in South Jersey be even remotely reconcilable? Ballot integrity and secure elections is of the utmost importance, but Congressman Van Drew’s involvement undermines the effort. South Jersey deserves better,” Fitzherbert said.
Posted by Dan Cirucci at 4:26 PM