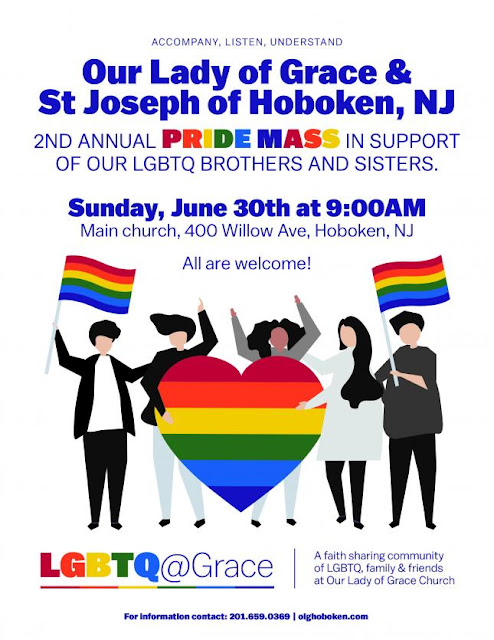 It might seem quite incredible to some but a Catholic parish in the Archdiocese of Newark is hosting its second annual Mass associated with gay pride events this Sunday.
Our Lady of Grace in Hoboken, New Jersey, along with its merged parish St. Joseph, is advertising its “2nd Annual Pride Mass in Support of Our LGBTQ Brothers and Sisters.”
Advertisements on the Out in New Jersey website and on NJ.com indicate that the parish is encouraging participants in the Mass to then attend the gay pride march in New York City later that day.
The Catholic Church holds that while same-sex attraction is not a sin, homosexual acts are sinful. Church teaching further states that “homosexual persons are called to chastity” (CCC 2359), which is also what its teaching says about all people, since sexual relations are reserved for marriage, which is between a man and woman (CCC 2360).
H/T LifeSite
Posted by Dan Cirucci at 12:02 PM