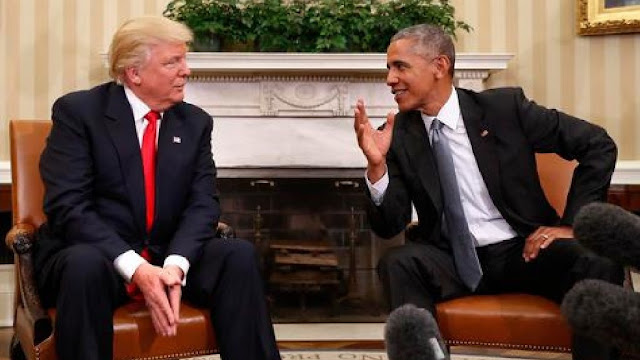 Voters rank Donald Trump well ahead of Barack Obama in his handling of the economy at this point in their presidencies. Trump’s national security approval is at the high level his predecessor enjoyed just after the killing of 9/11 mastermind Osama bin Laden.

A new Rasmussen Reports national telephone and online survey finds that 50% of Likely U.S. Voters now think Trump is doing a good or excellent job handling economic issues. That’s up from 39% in mid-2017 shortly after Trump had taken office and just short of the high of 51% last October. Thirty-three percent (33%) rate his performance as poor. (To see survey question wording, click here.)

Forty-seven percent (47%) give the president good or excellent marks for his handling of national security issues. That’s up from 41% in January 2018 and a high for Trump to date. Thirty-nine percent (39%) rate him poorly in this area.

By comparison, in late June of his third year in office, Obama earned positive marks from just 34% when it came to his handling of economic issues. Forty-five percent (45%) rated his handling of national security as good or excellent at that time, down from a high of 52% earlier in the month, shortly after the death of bin Laden.
(Want a free daily e-mail update? If it's in the news, it's in Rasmussen polls). Rasmussen Reports updates are also available on Twitter or Facebook.

The survey of 1,000 Likely Voters was conducted on June 19-20, 2019 by Rasmussen Reports. The margin of sampling error is +/- 3 percentage points with a 95% level of confidence. Field work for all Rasmussen Reports surveys is conducted by Pulse Opinion Research, LLC.

Voters still give Trump the edge in next year’s election, although they’re not convinced that he’s done enough yet to make American great again.

Men and those 40 and over give Trump higher marks for both the economy and national security than women and younger voters do.

While 79% of Republicans rate Trump’s economic policies as good or excellent, just 30% of Democrats and 42% of unaffiliated voters agree.

Similarly, 77% of GOP voters give the president positive marks for his handling of national security issues. Sixty percent (60%) of Democrats rate his performance in this area as poor. Unaffiliateds are much more closely divided.

Voters are more confident these days in the global power of the U.S. president, but they say Trump pushes America’s interests more than they think is necessary.


Additional information from this survey and a full demographic breakdown are available to Platinum Members only.
Posted by Dan Cirucci at 8:07 PM