Only One In Five Surveyed Expect Trump Impeachment 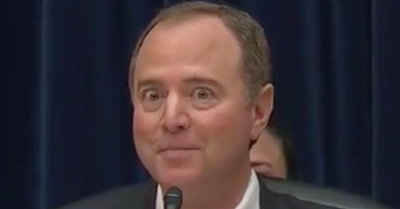 The House impeachment hearings haven’t moved voters so far, with a plurality still expecting President Trump to be reelected next November. The number who thinks the president’s impeachment is likely hasn’t changed, but there’s sizable support for expanding the hearings to include the activities of Joe Biden and his son.

The latest Rasmussen Reports national telephone and online survey finds that 18% of Likely U.S. Voters think Trump will be impeached before serving his full term in office. Seventeen percent (17%) felt that way in September, down from a high of 29% when Rasmussen Reports first asked this question in late December 2017.

Forty-five percent (45%) still believe the president will be reelected in 2020, basically unchanged in surveys over the past year. Twenty-six percent (26%) say he will be defeated by the Democratic nominee, but this finding has been trending down from 33% in late July to 28% two months ago. (To see survey question wording, click here.)

Meanwhile, 46% of voters think the House hearing should be expanded to look at the involvement of Biden and his son Hunter in Ukrainian political affairs. Forty-three percent (43%) disagree, while 11% are undecided.

Predictably, 68% of Republicans and unaffiliated voters by a 48% to 39% margin think the impeachment hearings should include the Bidens, but just 25% of Democrats agree.

(Want a free daily e-mail update? If it's in the news, it's in Rasmussen polls). Rasmussen Reports updates are also available on Twitter or Facebook.

The survey of 1,000 Likely Voters was conducted November 14 and 17, 2019 by Rasmussen Reports. The margin of sampling error is +/- 3 percentage points with a 95% level of confidence. Field work for all Rasmussen Reports surveys is conducted by Pulse Opinion Research, LLC. See methodology.

Trump’s overall voter approval has been tracking up since last Wednesday, the first day of the House impeachment hearings. It was at 46% on Wednesday morning, then rose to 48% Thursday and to 50% by Friday. The president’s approval is at 50% again today. All three nights in today’s survey follow the highly-publicized hearings.

Among voters who have followed the hearings Very Closely, 46% think Trump is likely to be reelected; 28% say he will more likely be defeated by the Democratic nominee, while 21% expect him to be impeached before the end of his first term.

Men and those 40 and over feel more strongly than women and younger voters that Trump is likely to be reelected.

Fifty-one percent (51%) of whites think Trump is likely to win again, a view shared by only 19% of blacks and 42% of other minority voters. Blacks (35%) are far more likely than whites (15%) and other minorities (20%) to see a Trump impeachment ahead.

Women and blacks are also much less supportive of expanding the House hearings to look at the involvement of Biden and his son in Ukrainian political affairs.

Anti-Trumpers are more likely than Trump’s supporters to say an impeachment vote will drive them to the polls next year. But voters in general still rank illegal immigration ahead of Trump’s impeachment as an action item for Congress and are evenly divided over whether his impeachment would help or hurt the country.

Just like the vote in the U.S. House of Representatives to push forward with an impeachment inquiry, voters are sharply divided along party lines over whether Democrats will come up with the goods to remove the president from office.

Seventy-six percent (76%) of Republicans – and 53% of all voters - think most reporters are trying to help impeach Trump when they write or talk about the impeachment effort.

Additional information from this survey and a full demographic breakdown are available to Platinum Members only.
Posted by Dan Cirucci at 7:34 PM