The Loss Of A Brilliant, Funny, Passionate Friend . . . 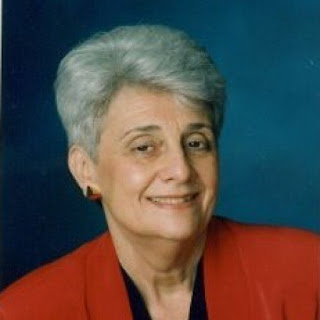 We are saddened to hear of the death of a brilliant, trailblazing attorney, Arline Jolles Lotman who was a true and loyal friend — funny, kind, caring and insightful.
Arline was a shrewd observer of the day's events and issues and a competitive participant in the world of politics and public policy. She was also a savvy lawyer whose judgement guided me in the right direction more than once, especially at a pivotal point in my career when I had to make tough decisions about the future. She was reliable, sensible and devoted to the causes that she espoused -- qualities all too rare these days. Quick on the uptake, she was a witty and entertaining conversationalist and always good company. Beyond all that, she was a visionary and way ahead of her time when it came to matters such as women's rights and women's equality.
She will be thought of often and sincerely missed. May her memory be a blessing.
The full obituary follows:
On November 19, 2019 Arline Jolles Lotman, beloved mother, aunt, great aunt, great-great aunt, sister, sister-in-law and wife, passed away.
She died after a good fight. Which is how she liked it.
As the youngest of six children and the only girl, Arline was a fierce advocate for gender equality, serving as the inaugural director for the Governor’s Commission on the Status of Women.
She was the proud recipient of the prestigious WOMEN’S WAY’s Lucretia Mott Award, presented to a person or organization whose work reflects a commitment to the values of equity and justice for all. She had a long and distinguished career at Temple University both as a student earning her undergraduate degree, master’s degree and juris doctorate degree and as an adjunct professor committed to sharing her wit and wisdom with the next generation.
Arline was a frequent contributor to the OpEd columns of The Philadelphia Inquirer and Daily News and practiced law with great passion in Pennsylvania. Her biggest accomplishment, no doubt, was her ever expanding family for which she served as matriarch.
Arline was the wife of the late Maurice “Nash” Lotman and is survived by her beloved son, Mo Lotman and nieces Sarah Jolles and Marjorie Jolles and her many, many family members who brought her joy and regarded her so highly.
Relatives and friends are invited to funeral services Thursday, November 21 at 2PM at the Roosevelt Memorial Park Chapel, 2701 Old Lincoln Highway, Trevose, PA. Shiva will be observed at the home of Sarah Jolles and Nathanael Gutwirth Thursday following services and Friday, November 22 beginning at 3pm.
Contributions in her memory may be made to Women’s Way. www.womensway.org