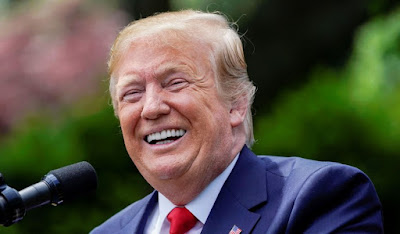 Some of my liberal friends are at it again.
They're attacking President Trump relentlessly. One of them just referred to him as a "POS" (I don't think I have to spell that out for you) and characterized him as "ignorant, classless, womanizing, immigrant-hating, idiotic and lying . . . worst possible role model in the world."

Hey, nobody  ever said you have to adore Trump, right? In fact, nobody ever said you even have to like him. But, less you dismiss him as a "POS" it might be wise to first consider what he's accomplished. So, with a bit of help from a leading national commentator, let's look at the record:

These are just a few of the accomplishments of President Trump and his administration. In truth, there are many more. But don't expect any of this to be reported by the mainstream media. And don't expect it to sink into the heads of resentful and often downright hateful liberals anytime soon.
Posted by Dan Cirucci at 4:18 PM