How Media Snubbed A Big Story Right Next Door! 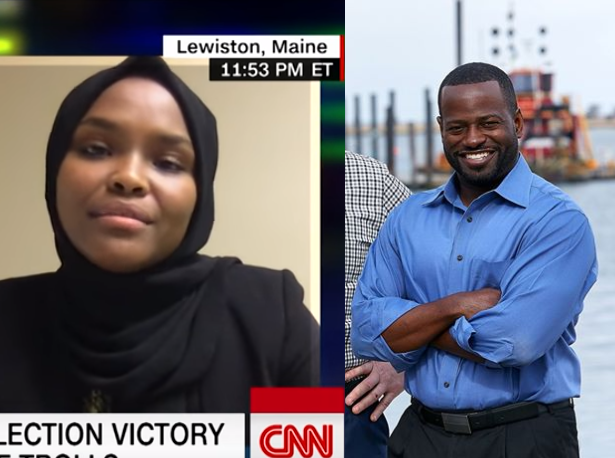 By Matt Rooney at Save Jersey

The National Mainstream Media’s favorite story of Election Night 2019: a Somali woman named Safiya Khalid who was elected to town council in Lewistown, Maine (population 36,000 and change). WashPo wrote about it. CS Monitor. CNN. Etc. And nearly every story about her victory is click-and-paste work citing the “racist trolls” on social media she overcame to win. If she was indeed harassed? That sucks; the social media discourse often sucks, and it’s a bipartisan problem. No one deserves to be degraded simply because of what they look like or how they pray. Period.
Meanwhile, in South Jersey, the National Mainstream Media is completely ignoring the story of Assemblyman-elect Antwan McClellan. He’s the first African American elected to represent New Jersey’s 1st Legislative District – a district President Trump carried 2016 – in the state legislature. New Jersey’s legislative districts each contain about 220,000-230,000 residents, several times the population of a moderate-sized Maine town. And there’s more…
McClellan wasn’t just harassed by anonymous stupid trolls. A major, mainstream Super PAC put out an attack mailer “darkening” McClellan’s photograph, an old racist campaign tactic intended to make the black candidate seem more menacing. It’s vile, awful stuff, and the South Jersey Democrats linked to the shadowy group have yet to apologize for it.
Two candidates. Both non-white. Both “historic.” Both weathered some ugly stuff on their road to being elected. McClellan’s office is further up the food chain than Khalid’s and, arguably, far more consequential in terms of being a political bellwether. I’m fine with her win being a national story. The question:
Why isn’t McClellan’s?
No need to wait for your answer: one is a liberal Democrat (Khalid) and the other is a conservative, pro-Trump, anti-Sanctuary State Republican (McClellan). Khalid’s victory is reported as some sort of woke triumph. McClellan’s win is a minor NYT piece with a judgmental undertone, inferring (without saying it) that there are still pockets of xenophobia in New Jersey.
Black Republicans don’t count in the Left’s book. Never have, never will. They’re traitors, Uncle Toms, “fake blacks” or not-really brown people (because, according to the Left’s warped worldview, certain groups of people are SUPPOSED to vote a certain way rather than think independently). Every non-white conservative reading this post has been on the receiving end of these disgusting smears at some point in their adult lives. Black conservatives like Antwan don’t fit “the Narrative”; consequently, hardcore Dems believe it’s OK to treat them as subhumans.
Their racism is less subtle than ever before. It’s out in the open now. I can’t think of two political stories in recent years which collectively more clearly illustration the Left’s disgusting double-standard on race, one which routinely finds a welcome home with major news outlets.
–
MATT ROONEY is a nationally-noted and respected New Jersey political commentator. He’s also the founder and editor-in-chief of SaveJersey.com. When he’s not on-line, radio or television advocating for conservative reform and challenging N.J. power-brokers, Matt is a practicing attorney at the law firm of DeMichele & DeMichele in Haddon Heights (Camden County).
Posted by Dan Cirucci at 4:48 PM