IMPEACHMENT: Where The Democrats Went Wrong 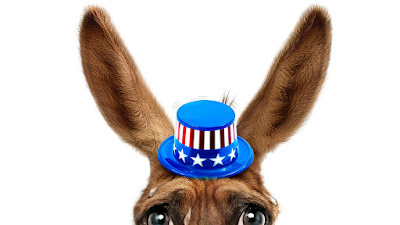 Even before the impeachment saga goes public, the error of the Democrats' ways is clear to anyone who's willing to look at what's happening with a clear mind.
Here are five ways that the Democrats blew it -- five big mistakes they made:

1) They started to early.
Even before President Trump was inaugurated, liberal loonies were crying for his impeachment. And the Dem aristocracy was, sadly, right there with them, fanning the impeachment flames. The I-word started floating around the capital from Day One and the die was cast. In showing their hand so early the deranged Dems broke two cardinal rules of politics: 1) Don't reveal your plans; and 2) Keep your options open. Dumb and dumber!

2) They teased and baited the troops.
The Dems raised expectations again and again -- teasing and baiting their own grassroots. They stirred up needless hysteria. In the process they fed the notion that the results of the 2016 election could simply be undone. Bottom line; they mocked the will of the people and fanned a bellicose reaction.

3) They waited too long.
For all the hue and cry, month after month and year after year drifted by and nothing happened! Now, as we enter the presidential election year, it's too late for impeachment. Indeed, this now looks like what has morphed into -- an attempt not just to undo the last election but to deny the voters their rightful say in the next one!

4) They led with too many [old] generals.
The Democrat impeachment army is led by a decrepit old-guard of ill-tempered, cranky antiquated generals. Pelosi, Schumer and Nadler come across as bitter anachronisms. And Schiff has already brokered away his credibility with a pathetic fictional dramatic reading and Soviet style, closed-door hearings.

5) They got too far into the weeds.
Over and over again, for the Democrats the devil (not the crime nor the criminal) has proved to be in the details. And the details have done them in. The more you examine the Muller Report or the transcript of the presidential phone call or any one of a number of other pieces of "evidence," the worse it is for those who would presume to depose the president.

When you come at the king, you best not miss!
Posted by Dan Cirucci at 5:01 PM