Here's Why Fitzherbert Is The Best Choice In CD2 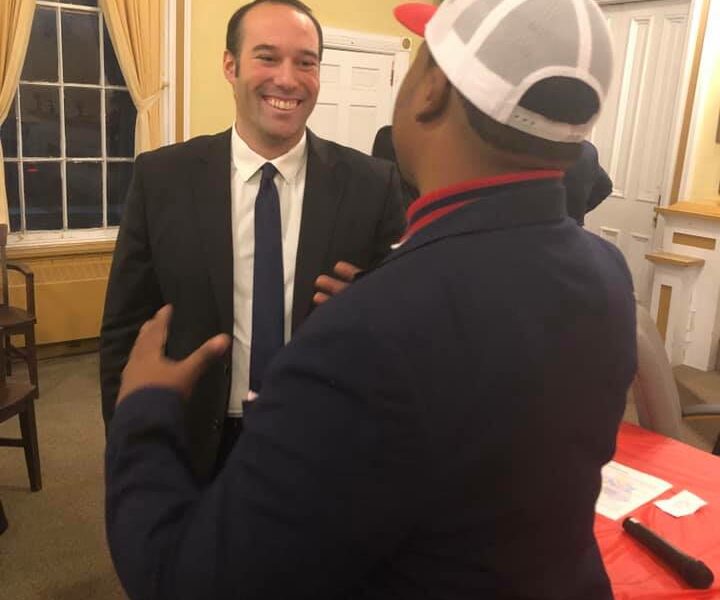 from the Save Jersey blog (reprinted with permission)

In a book titled “American Nations: A History of the Eleven Rival Regional Cultures in North America,” the author Colin Woodard identifies 11 distinct cultures that have historically divided the US.
It’s a fascinating look at the cultural dynamics of the nation with deep insights into our politics and regional political differences. But here’s the thing that really struck me: New Jersey is divided into two distinct zones. North Jersey is grouped with New York City into a zone that, is “materialistic, with a profound tolerance for ethnic and religious diversity” while South Jersey is grouped with Pennsylvania and much of the midwest into a group that comprises a “welcoming middle-class society” and the“culture of the American Heartland.” And while the author seems to place North Jersey into a decidedly blue camp, he puts South Jersey into “America’s great swing region.”
Obviously, this analysis held with the recent GOP sweep in New Jersey’s 1st legislative district (LD1) which encompasses a huge chunk of the southernmost portion of the state from the Delaware Bay to the Atlantic Ocean. This area (which Donald Trump won in 2016) was ripe for a Republican takeover and this latest triumph would appear to threaten the reign of freshman Congressman Jeff Van Drew who faces re-election next year.
Someone who has worked tirelessly to revitalize the GOP in this region is Brian Fitzherbert, former Chair of the Atlantic County Young Republicans. Fitzherbert is a veritable dynamo who has proved to be an effective team-builder who knows how to motivate people. In fact, to assist the victorious LD1 candidates, Fitzherbert (who’s also Vice Chair of the YR Federation of New Jersey) called in a Young Republican army of neighboring states to canvas for Testa, McClellan, and Simonsen. In October, nearly 50 YRs knocked on almost 3,000 doors in one day. That’s grassroots organization.
I’ll bet they’ll be back to assist Fitzherbert in 2020. Why? Because now, Fitzherbert is seeking the GOP nomination to challenge Van Drew and he’s reaching out to every township, town and borough in the congressional district.
Fitzherbert is smart, young, resourceful and absolutely relentless. And he’s already piled up an impressive list of endorsements from GOP elected officials, county committee people and the like. On top of that, his campaign organization is not just up and running but is humming along smoothly, holding events, raising money and gaining exposure for the candidate in places where it counts. In no time at all, Fitzherbert has managed to gain a leg up on possible primary opponents.
I’ve watched Fitzherbert closely and have questioned him extensively for my blog and on my TV program, The Advocates. He’s well versed on the issues facing the district and presents sound, pragmatic ideas and policies to back up his proposals. His mere presence is a stark contrast to the veteran Van Drew who, if elected to a second term, will be almost 68 years old when he takes the oath of office. A battle-scared politician, Van Drew has held elected office of one sort or another for nearly 30 years. But Fitzherbert is a businessman, engineer, and project manager with fresh ideas who doesn’t fit the old-style political mold. He’s completely unconventional. And while Van Drew is a native New Yorker, Fitzherbert is New Jersey born and bred.
Clearly, New Jersey is different. It’s special. And it’s also bifurcated and the unique needs, values, and concerns of South Jersey must be represented vigorously and effectively in Washington and elsewhere. South Jersey deserves a Congressman who can deliver, not a career politician and veritable placeholder.
My money’s on Brian Fitzherbert!
Posted by Dan Cirucci at 1:29 PM