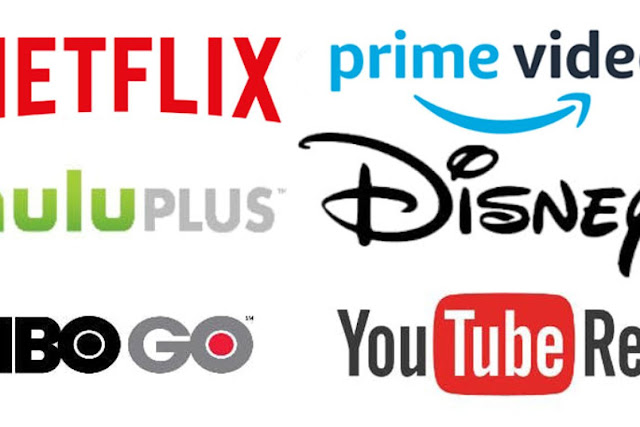 As a new year and a new decade approach, new ideas will push new trends and emerging developments. In no particular order, here are 13 trends to watch for in  2020.

1) Used clothing.
Clothing is increasingly being recycled, and we're not talking Goodwill here. We're talking nearly new clothing that's sold in finer stores and shops, even in places like Macy's and Nordstrom. This is a growing trend and it plays to both thrift and environmental consciousness. This will include both fashion and accessories and is bound to not only gain increasing acceptance but continue to grow.

2) Streaming services compression.
Video streaming services have been burgeoning but the growth cannot be sustained. There will be consolidation and compression in the year ahead. Look for a big squeeze as some go belly-up and others are merged to create something similar to the shake out that occurred among wireless providers.

3) Sports betting boom.
Legalized sports betting grew exponentially in 2019 but it's still in its infancy. There's plenty of rom for continued expansion especially as gaming is now so easily available and accessible from so many different devices. Look for phenomenal growth in 2020.

4) Broadway for everybody.
As Times Square has taken on more and more of a family theme park environment,  Broadway has shifted as well. Easy ticket access, targeted promotions, discounts and special events such as Kids Night on Broadway have made Broadway a place for everybody. Look for a wide variety of offerings from jukebox musicals to family-friendly shows to updated revivals to star vehicles and concerts along with more serious adult offerings. Broadway has learned how to meet the needs of a more demographically diverse audience and new earnings records are being set.

5) Minorities for Trump.
It's true. Black and hispanic support for Trump has never been higher. Truth is, if Trump even peels off a few percentage points of the normally Democrat minority vote he's on his way to victory. And don't rule out growing gay support for Trump. In fact, the Walk Away (from the Democrat Party) campaign was started by a former Democrat who happens to be gay. Check out all the black, hispanic and gay groups on facebook for Trump. This is a major story and one that big media have completely missed, or simply ignored.

6) Football on the ropes.
Pro football is not yet past its era of controversy. In fact, look for more pressure on the NFL to clean up its act both in terms of a safer game and a more fan-friendly experience with fewer controversies such as the Kaepernick imbroglio. People want to enjoy the game without a lot of divergent noise that has nothing to do with the sport itself. Also, players want a level of comfort and a sense of added protection against injuries and the devastating effects of multiple concussions. It's a messy situation.

7) Jersey shifts south.
The emergence of a strong Republican Party in South Jersey starting in the bay, shore and rural counties and moving upward is one of the hottest developments in the Garden State. Upcoming stars like Senator Mike Testa are charting the future of a movement that is also fueled by active Young Republican groups and the populist energy of the Trump phenomenon. Even in Camden County, there's a growing sense that the Norcross machine is increasingly jeopardized as the boss himself and his financial and real estate dealings come under the microscope. Nothing lasts forever.

8) Brick and mortar online stores.
There's been a lot of talk about the death of traditional, physical retail stores and the emergence of online commerce. But now online is beginning to generate real, live retail stores where customers go to pick up merchandise they've ordered online and where they may check out similar or related merchandise they may also want. Order it today, pick it up today. One of the first of these operations will soon open at the Moorestown Mall.

9) White male reassertion.
We're talking Mike Rowe type males here and their allies. It's no secret that high school educated white males fueled the Trump revolution. These are the heretofore forgotten ones and Trump sensed their alienation and gave voice to their legitimate concerns. Look at the growing draw of people like Fox News' Dan Bongino and Pete Hegseth. Testosterone will not cower.

10)  The end of  FroYo.
Just like Blockbuster Video, frozen yogurt shops will continue to disappear and may eventually become extinct. The novelty of making your own soft serve, almost-ice-cream sundae seems to have worn off. And what good are the benefits of FroYo if you smother it with lots of sugary stuff anyway? Furthermore, you can buy real, creamy yogurt or low fat and low carb ice cream in practically any supermarket.

11) Democrats at the precipice.
The Democrat Party has now shifted so far left that its' like a deranged jackass ready to jump off a cliff. It happened in 1968 with George McGovern and it can  happen again in 2020 with Bernie Sanders, fueled by a hot-headed squad that carves publicity. But even if someone like Biden becomes the nominee, it will be hard to put the party back together. Calamitous is the only word we can think of to describe the situation.

12) Pushback against PC lingua/grammar.
Libs know that if they can control the language they're well on their way toward tyrannical rule. That's why they've invented terms like food insecurity and climate change and taglines like #metoo. Now they're pushing us to accept an absurd "non-binary" gender and so-called neutral pronoun identifiers like "they." These onerous moves will not go unresisted in 2020. In fact, you can expect loud and vocal pushback in the year ahead as tensions and passions heat up.

13) Two words: Michelle Obama.
Some First Ladies (like Laura Bush) simply fade away. Others (like Hillary Clinton) have to be done in. Either way, they become largely irrelevant. Not Michelle Obama. This high-living doyenne refuses to cede the spotlight and she's got zillionaire friends who enable an indulgent celebrity which hides behind a faux modesty.  Consequently, she continues to be heralded on magazine covers and throughout pop culture as if she's still First Lady and the Michelle presidential talk is unabated. In 2019 she became increasingly prominent simply by doing nothing. Will she still be formidable in 2020 and beyond? Stay tuned!
Posted by Dan Cirucci at 12:23 PM