The Best Christmas Songs EVER? Add To Our List! 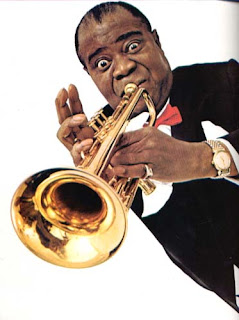 So, in no particular order, here are a dozen (give or take a couple) of the best (and most original) Christmas songs we know:

This Christmas - This song has been getting more airplay in recent years. There are two good versions; one by Harry Connick, Jr. and another by Danny Hathaway.

Goin Home For Christmas - This haunting piece by Merle Haggard summons up so much feeling. It's a perfect pastiche.

Christmas Was Made For Children - I really like the Mel Torme version on his album, Christmas Songs.

Angels Among Us - By Alabama. This is not technically a Christmas song but it just seems so appropriate and particularly beautiful this time of year.

Christmas Cookies - A song that never made it onto George Strait's Christmas album but you can find it on some country Christmas compilation albums.

Beautiful Star of Bethlehem - This wondrous bluegrass Christmas song sung by Dailey and Vincent is one of the most beautiful things we've ever heard!

Christmas in New Orleans and Christmas Night In Harlem - Both feature the great Louis Armstrong (pictured) with the Benny Carter Orchestra. Check them out on The Best of Louis Armstrong and Friends, The Christmas Collection.

When It's Christmas Time In Texas - By King George himself, George Strait. Full of wonderful imagery!

New York City Christmas - By the Cover Girls. This may be hard to find but it's got plenty of high energy. It turns up on a lot of compilation albums.

Baby, It's Cold Outside - By Louis Armstrong and Velma Middletown . This is the raciest version of this song we've ever heard and it's just the right answer to the politically correct, "cleaned up" versions of he song that have been appearing lately. This version is great, vintage fun!

As you can see we like Christmas songs that evoke certain times and places.

That's because Christmas is a time for memories, dreams and imagination.

And these songs trigger memories, enrich dreams and enliven imaginations.
Posted by Dan Cirucci at 9:23 PM