Feast Of The 7 Fishes: What's It REALLY All About? 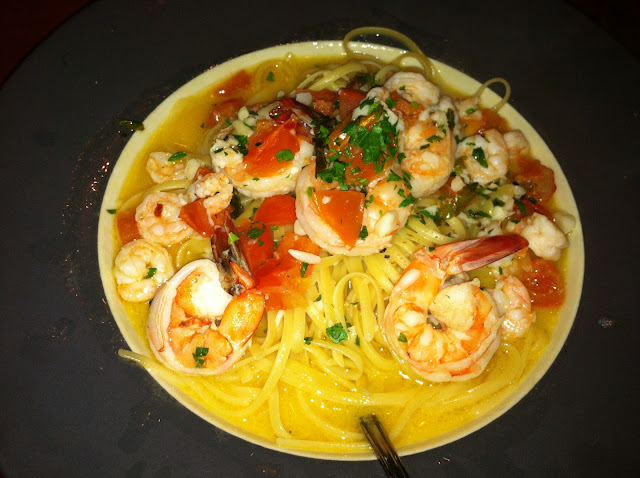 To begin with you must have at least seven fish selections on the table.

Well, seven is a very important number. It stands for the seven sacraments of the Catholic Church and the seven days of creation. In Biblical numerology, seven is a number of perfection.

And fish is the featured dish because Italians have customarily abstained from eating meat on Christmas Eve. In fact, I do believe that for a long time the Catholic church prohibited the eating of meat the day before Christmas, This is the Christmas vigil. For my part, I still observe the "no meat on Christmas Eve" rule. I now do it in memory ops my father who strictly followed this rule.

There is no set menu for this feast.

We have adapted this menu over the years and updated it somewhat.

After my father passed on, my sister and brother-in-law took over the tradition and kept much of it intact while adding a few updates including shrimp scampi, cold crab claws, salmon and shrimp cocktail. Now that they are gone, the meal has largely become the domain of my niece and nephew.  Thank goodness, they are insistent on continuing this grand tradition -- something that goes all the way back to my grandparents and probably even beyond that.

Of course, the latest generation has added its own touches. But part of enjoying the feast is being adaptable.

Desserts are not a mainstay of the feast. In fact, they are more of an afterthought. But, as more American elements have been introduced over the years, they have taken on their own prominence.

So, desserts now include an assortment of rich cakes, pies and cookies as well as cannoli and espresso.

Our feast is more casual than it was in years past but fine china, linens and glassware are still used on the table and when I say "casual" I mean business casual. So, this is definitely not a night for jeans or sweat suits or any kind of athletic gear.

To survive the evening, you need to pace yourself.

It's fine (and expected) to eat more than you usually would -- even much more. But you must take your time. That's the Italian Way -- to savor every moment and engage all your senses.

It's best to taste a bit of everything, moving through the huge menu in a careful, measured manner. My favorites are the crab cakes, shrimp and tuna pasta. So, I have to be careful not to eat so much of those dishes lest I not have room for anything else. If you do not partake of a bit of everything you're liable to offend your host.

Like I said, for Italian families this ritual feast is sacrosanct and intense feeling abounds. Why? Because the meaning of the evening is all wrapped up with loved ones (including those who have passed on) and our most cherished values. Consequently, one must drink in moderation. In fact, if you feel an urge to lift your glass frequently make sure you're lifting a glass of water.

With all the fish on the table, you will need it.

BTW: For Italians, Christmas Day is not as much of a Big Deal as Christmas Eve. On Christmas Day lasagna and chicken cutlets are more than enough. That's what we call decompressing.
Enjoy these photos from one of our easts: 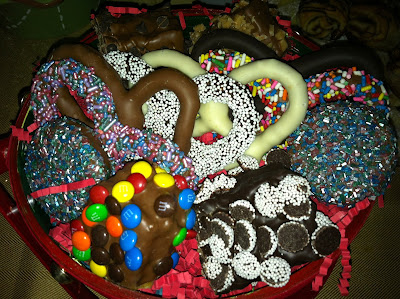 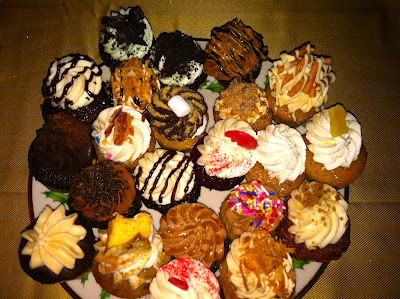 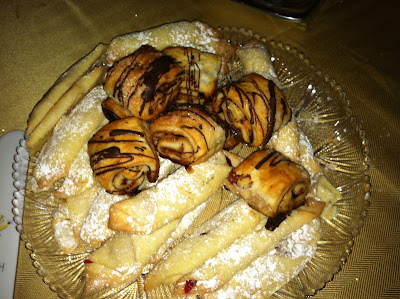 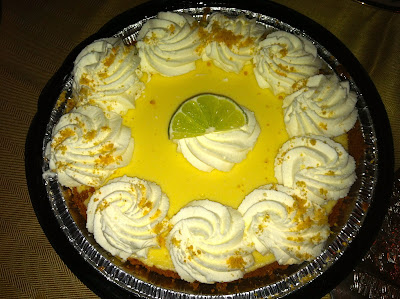 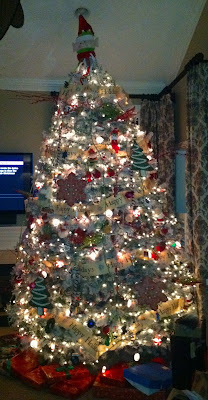