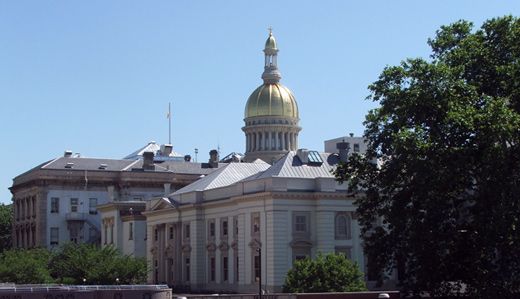 “Clearly, the Governor’s version of the State’s condition is nothing like the reality experienced by everyday New Jerseyans. Today’s address was further proof that Murphy is detached from State residents. He doesn’t understand us because he isn’t one of us.

“This has been one of the worst years on record for our State, yet the Governor spent a half hour patting himself on the back. He cannot relate to the challenges, the struggles, the worries of working families and seniors on fixed incomes who has suffered immeasurably during the pandemic.

“The Administration’s disastrous mismanagement of the coronavirus in veteran’s homes and long-term care facilities claimed 7,500 lives.

“New Jersey’s vaccine rollout is one of the slowest in the nation, and it was botched from the start.

“The systemic incompetence at unemployment and the Motor Vehicle Commission was a national embarrassment.

“And the business landscape will take decades to recover from the damage of Murphy’s lockdowns and restrictions that devastated Main Streets from one end of the State to the other. More than one-third of all small businesses in the New Jersey have closed their doors forever, and those that held on are struggling for survival. Hundreds of thousands of jobs have been lost.

“That is the reality: What are you looking at, Governor?

“New Jersey residents deserve investigations, accountability and leadership. Instead Murphy took a victory lap and reveled in his alternative reality.”