Who ARE These People, And Why Does It Matter?

Is it all in the demographic? Is it really all that simple? Well, certainly demographics can tell you a lot -- even during a time when demographics seem to be shifting rapidly. But the numbers (and number trends and patterns) don't tell you everything because numbers typically miss the nuances. That's why polls often aren't enough and need to be augmented by focus groups to gain a deeper interpretation of things.

In any event, we've been thinking about suburban voters (mostly women) who voted for Biden. It's no secret that D vs R voting has shown a gender gap for quite some time and this year it appears to have been bigger than ever. 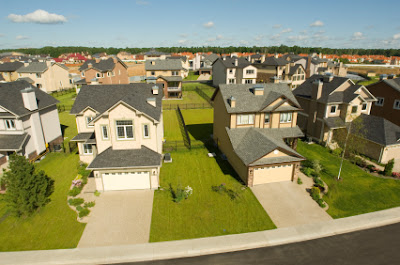 In fact, many of the women who voted for Biden this time say they voted for President Tump in 2016. And the demographics (presupposing there really are valid demographics for this allegedly crooked election) would seem to bear them out, at least in some cases. Previously, we were told they voted for Trump because they were worried about safety and security. This time, the argument goes, it was mostly about decency and civility and what they supposedly saw as Trump's lack thereof. Plus, those unending Covid fears. And it's a safe bet that among the married women in this group, more than a few husbands were influenced to turn left.

Who are these people? Well, they're mostly college educated. And they're insulated. Comfortably insulated.

The people we are talking about are primarily upper middle class, self-created elitists. And they are now consumed with groupthink. They are also detached from people who are not part of their socioeconomic class. They know virtually nothing of the plight of white working-class people -- particularly white working class men.
Sadly, our country is now divided along socioeconomic class lines with racial and gender implications as well. And the odd ones out are mostly high school educated workers who carry out many of the essential, day-to-day functions that others take for granted.
Think about it: these cushioned suburbanites are dismissive of huge chunks of their fellow Americans -- even people who live just a stone's throw from their doors, such as people in the nearby rural counties including the famers who grow their organic vegetables and raise their free range poultry. They know virtually NOTHING of the people who fix their cars, paint their houses, repair their roofs, replace their appliances and all those other things. Legitimate working class people (to the extent they still exist) barely register with them.
These people largely live in a self-created bubble composed of their preciously curated environments and their Volvos and Range Rovers that take them to Starbucks and Lululemon and Whole Foods and so forth.
Unfortunately, the isolation imposed by the pandemic has fed this chasm in our society. And social media doesn't really help so long as people only remain in their own cyber tribes. And, of course, political correctness has had a chilling effect on interaction and cross-communication. Legacy and cable media are also chopped up into camps -- talk radio, left and right all-news channels, liberal publications, etc. What's more, these people are further walled off from the broader world since they spend less and less time in actual stores interacting with real, live service workers and the like because they're often busy ordering on Amazon or through Grub Hub and so much comes right to their doorstep.
Any yes, many of them now identify as liberal or even progressive because they see it as increasingly fashionable. In fact, it's easy and at the very least, it seems to fit their present milieu. Indeed, such a monicker requires no investment. After all, there's no real responsibility involved in mere virtue signaling -- something they specialize in. "Hate has no home here?" Sure, they'll post that near the front door. It makes them feel good, helps absolve them of blame and involves no discernible risk. Even "Black lives matter" may appear relatively innocuous to them as they do not necessarily see it connected to the radical movement that it represents. It's all like embracing sustainability, buying what they think are fair trade items and appearing to have a low carbon footprint. It allows them to raise a faux moral banner while remaining insouciant.
Along the way, these suburban liberals (many of whom still like to call themselves "independent")  talk a lot about dialogue (or at least they used to) but the only dialogue they're interested in is their way -- sanitized and protected by a plethora of code words and jargon. They will drone on endlessly about their lives being busy and difficult and complicated but the truth is they're sometimes downright bored and rarely, if ever, challenged or in the least bit discomforted.
But, whether they realize it or not they're actively feeding a monster. You see, they've bought into a fraudulent mindset -- one that's balkanizing our country and fueling a movement that wants nothing less than the destruction of all that we once held dear: societal interdependence, a strong work ethic, the right to speak your mind, respect for (and understanding of) others and the willingness to work together toward a common good. These would-be exemplars of some kind of high-minded new order may actually be tearing at the very fabric of America as they unwittingly fall in with some of democracy's most vile enemies.
And in many cases, they're doing all of this with such a sense of self-righteousness that it's downright chilling.
So, don't dismiss these seemingly harmless suburbanites out of hand. For, amidst a growing cancel culture, they appear to be truly dangerous!
Posted by Dan Cirucci at 7:44 PM