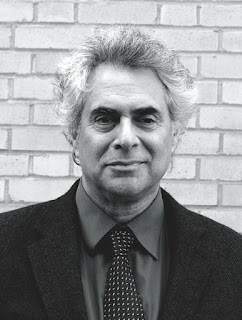 The interview that Christine Flowers and I conducted last night with legendary journalist Ralph Cipriano was one of our most successful You Tube videos since we launched our exciting new Sunday night series earlier this year.
Much thanks to Christine for arranging this event - and, of course to Ralph for joining us. He was an incredible guest!
Cipriano, a former staff writer for the Los Angeles Times and The Philadelphia Inquirer, is a veteran muckraking reporter who’s exposed corruption in local governments, the Philadelphia D.A.’s office, police departments, Ivy League football and the Catholic Church. He’s currently a blogger for bigtrial.net and a freelance writer for publications that include Philadelphia magazine and Newsweek.

As an author, Cipriano has written Courtroom Cowboy, a biography of trailblazing Philadelphia lawyer Jim Beasley, and The Hit Man, which chronicled the life of former mobster turned government witness John Veasey. Cipriano’s latest book is Target: The Senator, A Story About Power And Abuse Of Power, about the life of former Pennsylvania power broker Vincent J. Fumo.

Watch the interview below. You'll be amazed how quickly times flies as Cipriano lifts the lid off the Philadelphia p[power structure and the wimpy, biased "journalists" who now pretend to report what's happening in the region. This is a real eye-opener!