The last time Cherry Hill elected people to the School Board, some of us thought we were electing watch dogs. But some of the watch dogs turned out to be lap dogs.
They now do the bidding of the superintendent and other politically-correct administrators as well as a bevy of nameless, faceless bureaucrats and left-leaning consultants who are re-writing school curriculum and imposing a woke agenda on our schools. The result is a movement toward dangerous critical race theory -- indoctrination in our schools.
But ballots have now been sent out and mail-in voting has begun on November's school board election. Here's a chance to send bold, new leadership to the school board. You get to vote for three candidates. We're recommending four: Nicholas J. Gaudio, Jr. who's running on the "Unmask Our Children" slogan and the three listed below running under the "responsible, Invested, Bold" banner. They are Sally Tong, John Papeika and Carolina Bevad. Take your pick! 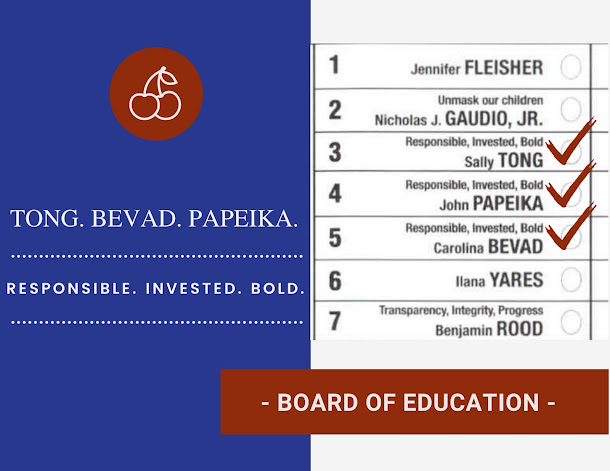