What The Hell Happened To Cherry Hill Schools? 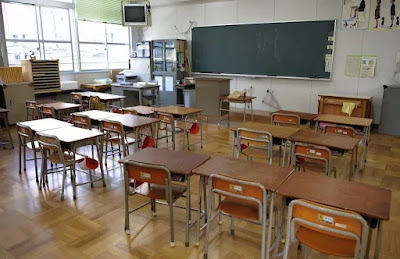 Cherry Hill's reputation was built on many key factors: location, attractive neighborhoods, ample open space, a fine local library, shopping, dining, etc.
But the Cherry Hill Schools were always paramount among the pluses that attracted people to the town in the first place.
From the time that Cherry Hill adopted its iconic name and brand in the 1960s, through periods of its greatest growth in the 70s and 80s, the schools boasted a sterling reputation. Bright, new, up-to-the-minute classrooms welcomed dedicated teachers, energetic students and involved parents who were determined to get the very best education for their kids. And the schools not only kept up with Cherry Hill's immense housing boom but they led the way in academic excellence and many other categories. In fact, realtors routinely pointed to the schools as a major selling point when listing homes in Cherry Hill.
But somewhere along the way, things seemed to have careened off course.
Right now, the latest available academic ratings (based on New Jersey state test scores) don't even place the Cherry Hill schools (ranked 220) in the top third among all the districts in the state. Scoring higher than Cherry Hill are Laurel Springs (206), Washington Township (191), Lenape (189), Kingsway Regional (177), Haddon Heights (176), Haddonfield (78) and Moorestown (57). In fact, the rating site School Digger grants nearby Haddonfield five stars (highest rating) while awarding Cherry Hill only three stars.
Beyond that, the schools seem to have become a lightening rod for controversy. In fact, when you see the Cherry Hill Schools making news these days, you almost naturally expect the worst -- some new calamity or controversy that is attracting attention for all the wrong reasons.
Consider some relatively recent less-than-stelar moments for the school system:
And as if all this were not enough, the school district is now embroiled in a flak over something called "Cultural Proficiency/Equity/Character Education" (PEC).
With this curriculum  the district appears to be embracing a decidedly left-leaning social justice agenda -- an agenda and a view of the world that it seems to want to pour into the minds of impressionable kids. In fact, if you look at the tools and the resources that go along with the district's PEC program (dotted with leftist buzzwords) they're mostly from a woke point of view.  Consequently, you're unlikely to find many resources that talk about the traits that have traditionally been associated with the story of America's success: hard work, tenacity, self-sufficiency, enterprise and rugged individualism. Instead, you will find a suggested curriculum that would stress revisionist history, group identity, collectivism and new fangled notions like "criticality" and "intersectionality". Make no mistake, this represents a quantum shift in pedagogy  And so intent are the sponsors of this movement that one of them has even suggested that those who resist it may be "paralyzed in the brain".
That's quite a tally. And we haven't even touched upon ongoing battles over mask mandates, vaccines and live schooling vs virtual learning. It's enough to leave you breathless -- or to make you wonder what the hell happened to Cherry Hill schools.
Posted by Dan Cirucci at 7:12 PM