Six months after the federal government appropriated $6.2 billion to New Jersey to help suffering residents and small employers, and with the bulk of that money sitting idle in State accounts, Governor Phil Murphy last night announced another hastily arranged virtual hearing to discuss plans for the relief money. 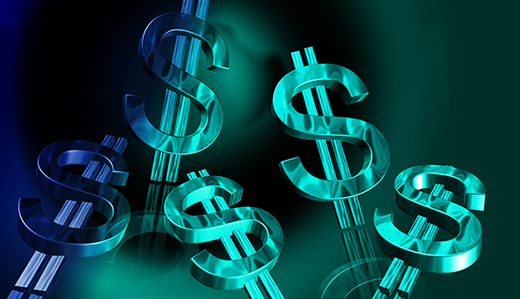 Sen. Sam Thompson criticized the Governor for dragging his feet spending billions in federal relief money to help New Jersey residents and small employers struggling with the effects of the pandemic. (Pixabay)

“It’s a charade, a sham, just like the last hearing,” said State Senator Sam Thompson (R-12), a member of the Senate Budget Committee. “This is little more than an election year stunt where only favored invited guests will be permitted to comment. How can anybody take it seriously when the Administration only gave a few select few little more than 24-hour notice that a meeting even existed?”

With more than 99 percent of the federal money sitting idle in State accounts, according to a recent nonpartisan analysis, Thompson said Wednesday’s panel “masks a breathtaking lack of competence in getting the aid to suffering people and small businesses in a timely manner.

“Murphy was given more than $6 billion a half a year ago, and astoundingly, almost none of it has reached those it is intended to help,” said Thompson.

“He hasn’t spent one dime of this money to help renters catch up on payments to small landlords who are unable to make mortgage payments or needed repairs on properties.  He hasn’t used a dime to stabilize New Jersey’s insolvent unemployment benefits fund and head off a massive $252 million tax increase on employers due in October,” the Senator continued.

“The Governor wasted the entire summer doing God-knows-what while real people were working, and now he’s holding a pre-election dog and pony show which is little more than a campaign prop.  He should be ashamed.”

Thompson said he expects Wednesday afternoon’s “hearing” to be a well-orchestrated attempt to help Murphy secure a second term.

“We will hear a parade of invited guests praise Murphy a month before the election and lay the groundwork for a spending plan that is no doubt already prepared and ready to be released just prior to election day,” Thompson said.

“The Governor has already approved $1.5 million of this money to pay for the dredging of a Woodbridge marina that serves fewer than 30 large boats while people and businesses drowning financially from COVID closures wait endlessly for even a small life preserver. Maybe during the hearing someone will try to explain how it makes sense to spend money to protect expensive yachts during low tide while hard-working real people are ignored and left to suffer.

“The only thing transparent about how this money is being spent is that incompetence and politics are on full display,” concluded Thompson.