Testa: 'No Tax' Murphy Is Nothing But TAXES! 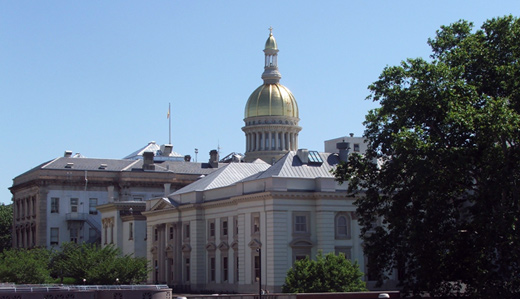 Sen. Michael Testa said there is no excuse for the Governor’s insistence on the series of economy-crushing increases that will materialize over the next few years. (SenateNJ.com)

“I don’t know how he can say that with a straight face,” said Testa (R-1). “Murphy’s middle name is ‘Tax Increase.’ He’s poised to implement no less than five unnecessary and preventable tax hikes on New Jersey residents over the next few years totaling approximately $2 billion annually.”

Testa, a Republican member of the Senate Budget and Appropriations Committee, said there is no excuse for Murphy’s insistence on the series of economy-crushing increases that will materialize over the next few years, including one on employers and one on employees in just three months’ time.

On October 30, struggling employers across New Jersey will be hammered by the first of three different tax increases of more than $1.3 billion. Indirectly, the increases will be passed on to consumers, and will cost jobs.

“He says he won’t raise taxes, but that is exactly what he is doing,” Testa said. “The Senate Republican Caucus proposed a plan to stop the massive unemployment fund tax. Governor Murphy has more than $6 billion in American Relief Plan funds sitting in the bank collecting dust. We’re calling for him to use a small portion of the billions in funds he has available to replenish the UI fund, stop an unnecessary tax increase, and save jobs, something almost 40 other states have already done.”

A $600 million tax increase on the state’s largest health insurer is set for June 30. The massive assessment on Horizon Blue Cross Blue Shield of New Jersey will impact families with health coverage.

“He is ignoring obvious solutions, preferring instead to pile tax after tax on the backs of New Jersey families at a time when the economy cannot withstand the additional pressures,” said Testa.

In addition, a regressive increase will hit low-income workers in the state with up to a 10% higher payroll tax deduction from their paychecks next year to cover the cost of a 10% increase in unemployment benefits on January 1, 2022. The boost will cost employees hundreds of millions of dollars.

“Imagine that. No-tax-increase-Murphy is raising taxes on people who work to give a sizable raise to people who don’t,” Testa noted.

“Governor Murphy will be responsible for $2 billion in avoidable tax increases. He refuses to take the easy steps to prevent them. Whether he admits it or not, Murphy owns every dollar of these tax hikes.”