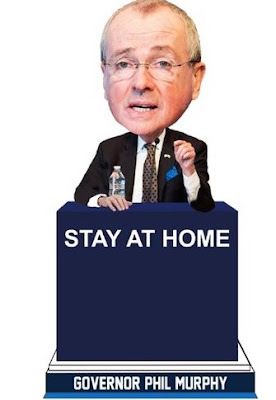 From our friends at Save Jersey, reprinted with permission:

The Veterans of Foreign Wars planned a gubernatorial candidate town hall, Save Jerseyans, but only Republican nominee Jack Ciattarelli has confirmed his attendance.

That’s according to the VFW which announced on Thursday morning that the incumbent – Governor Phil Murphy – had yet to confirm… or even respond.

“Invited candidates are Phil Murphy and Jack Ciatterelli,” the organization announced in a press release. “As of this date Ciatterelli’s campaign has confirmed his attendance and participation, Murphy’s campaign has not responded to the invitation.”

The event – hosted by the Kelley-Oliveira-Stanton Police Memorial VFW Post – is scheduled for Saturday October 2nd at 6:30 PM at the Clarion Hotel & Conference Center in Toms River.

Some of the topics on the agenda – notably state budgeting priorities and nursing home deaths – likely scared Murphy away. At least 205 veterans died in New Jersey facilities over the past 18 months.

The U.S. Department of Justice subsequently launched a probe into shocking numbers of COVID-19 deaths at New Jersey’s state-operated Paramus and Menlo Park veterans homes back in October 2020. 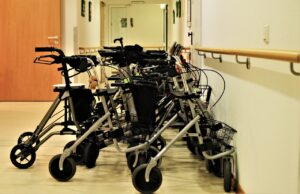 “On October 27, 2020, we notified New Jersey state officials that we had opened an investigation into conditions of care at the New Jersey Memorial Veterans Homes at Menlo Park and Paramus,” the DOJ explained in March. “Our investigation under the Civil Rights of Institutionalized Persons Act (CRIPA) will look at whether there are systemic violations of the Constitution or Federal law at these two long-term care facilities.  Our focus will be on the adequacy of medical care for residents generally, and during the coronavirus pandemic in particular.”

What’s telling? As of today, DOJ officials have concluded similar probes into Pennsylvania, Michigan, and New York but the New Jersey case is still open.

The VFW’s leadership has vocally criticized the Murphy Administration for its role in veterans home deaths.

“The VFW has repeatedly expressed concerns that Governor Murphy’s budget cuts, along with his failure to fill the New Jersey Veterans’ Memorial Home Advisory Council vacancies, would impact the health and wellbeing of veterans,” complained Barbara Kim-Hagemann, VFW State Commander in an April 22nd press release. “We will be conducting an independent review of the investigation findings to determine if any deficiency or Governor Murphy’s budget cut of one million dollars from a veteran transportation program, which enabled these residents to obtain medical care from providers outside of the homes, had any impact in this crisis.“