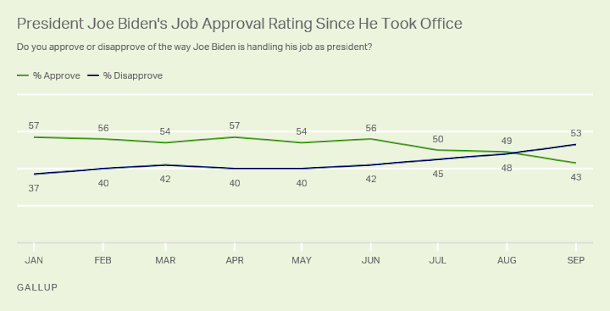 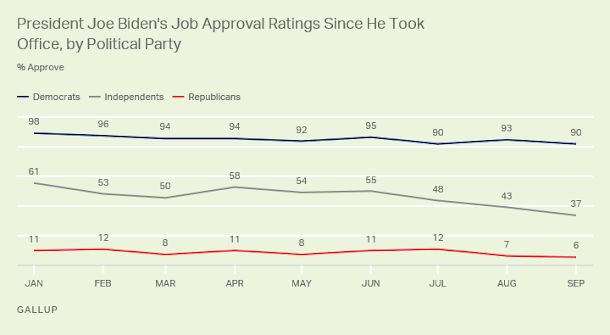 The Gallup Poll has bad news for Joe Biden.
His numbers are down. Way down!
Look at the first chart which shows the reversal of Biden's fortunes. His job approval has fallen a full 14 points -- from 57 percent to a new low of 43 percent.
Then, look at the second chart. The important line here is his rating among a key voting block -- independents. Among independents, Biden has fallen from a high of 61 percent to a dismal 37 percent. That's an astounding 24 percent dive!
And all of this happened in just eight months. But it gets worse, Biden hasn't bottomed out yet. His numbers are still falling and two new polls show that if the election were held today he would easily be defeated by -- President Trump!
Posted by Dan Cirucci at 7:47 PM