Philly Just Lost A Big Chunk Of Its DNA 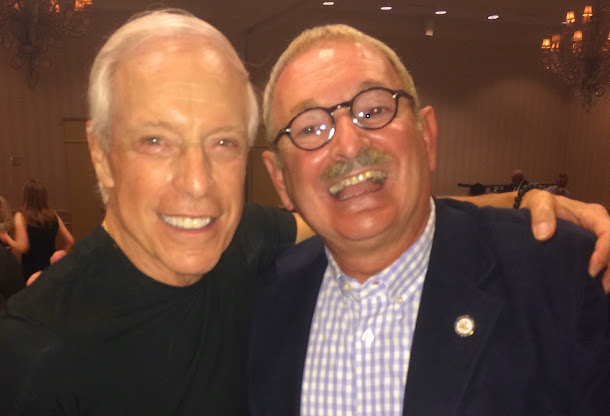 Philly is mourning the loss of local legend Jerry Blavat.

How to describe this guy . . . . Yeah, he was a deejay but that title hardly does him justice. Because, even before there were playlists, Jerry was a walking, talking playlist. And before there was rap, Jerry was rapping along with the music non-stop. And before there was Alexa, you didn't even have to tell Jerry what to play. He anticipated your moods and your moves and synchronized it all. He knew what you wanted to hear before you even realized it. Consequently, he was the Geator with the Heater and the Boss with the Hot Sauce whose dance parties and radio shows ran non-stop, encompassing decades. Over the years, he owned a radio station, wrote a newspaper column, penned a memoir, hosted a weekly TV show, produced top-flight doo wop and R&B revues and owned a chain of record stores, his own record label and a Jersey shore nightclub. Incredibly, he was on the radio for 60 consecutive years!

The music that Jerry spinned centered around the 1950s. Since I was not a teenage until the 1960s, this didn't resonate much with me. But no matter your musical tastes, it was impossible to ignore this guy. In Philly, he was everywhere! He was an ebullient personality -- a guy who spread joy wherever he went. But he was so much a part of Philly's DNA that no mater where he went, the boisterous, gritty nature of the town went with him. And that didn't always translate. Other people from other places never quite got his appeal. But he did, and we did and that's all the mattered.