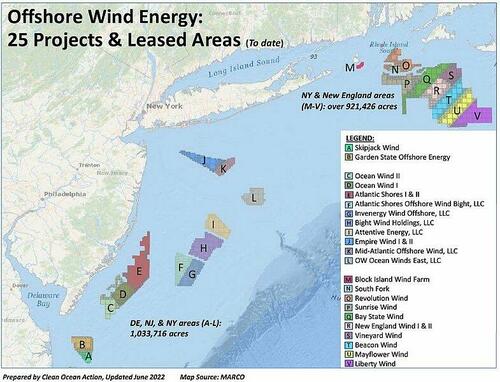 New Jersey Congressman Jeff Van Drew has demanded that all offshore wind activity in the state of New Jersey end, following an unprecedented number of whales have washed ashore in the New Jersey/New York area over the past month.

"Since offshore wind projects were being proposed by Governor Murphy to be built off the coast of New Jersey, I have been adamantly opposed to any activity moving forward until research disclosed the impacts these projects would have on our environment and the impacts on the fishing industry," said Congressman Van Drew. "Ocean life is being put at risk as our Governor and President force through their Green New Deal policies, without giving full consideration to their real-world impacts. We have seen a complete lack of transparency from New Jersey's leaders, as well as D.C. politicians who are ramming through these projects in order to push their climate agenda."

"Once committees for the 118th Congress are finalized, I will be calling for congressional investigations into the matter. I demand that all offshore wind activity be halted until it is properly determined what the effects of these activities are having on our marine life."

NOTE: So far, five dead whales have washed ashore on New Jersey beaches since December 5. A group called Clean Ocean Action says the installation of offshore windmills usually involves exploration of the sea floor using low-frequency sounds in the same frequency that whales use, with the risk that they could become disoriented or otherwise harmed.