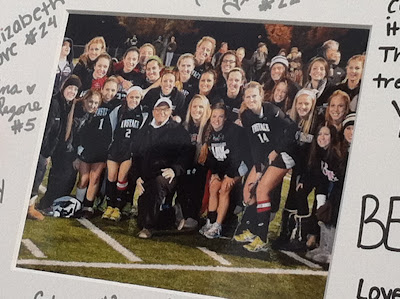 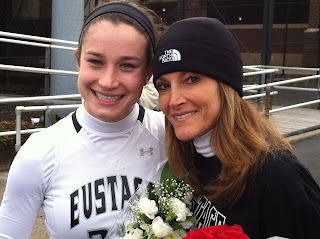 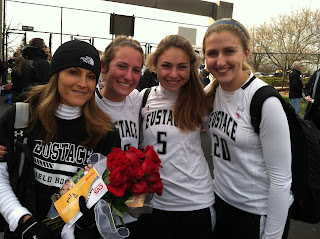 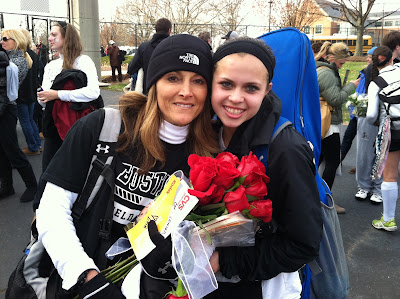 We were so proud to be at the New Jersey State Girls Field Hockey championship game today at the College of New Jersey in Ewing where we watched the Bishop Eustace Prep team defeat West Essex 5  to 2 to win the crown, its first Group 2 title since 2010.
These young ladies worked so hard and we're so proud of them -- as all of South Jersey should be.
And it was a big day for Eustace coach Danielle Annibale Senior who was once a Eustace field hockey standout herself and who went on to play at Penn State. Her team has given Danielle her first state championship in her first year as Eustace head coach.
"Our plan today was to come out and play an offensive game," Bishop Eustace coach Danielle told the Newark Star Ledger. "We didn't want to back down or play defensive because I think once you play defensive, you're back on your heels. I thought if we play the transitional game with the speed that we have, it would be a pretty good game for us."
And so it was!
E--U--S--T-A--C--E-!   EUSTACE!
Posted by Dan Cirucci at 5:04 PM