Strategy: Christie's Run For Re-Election, And Beyond 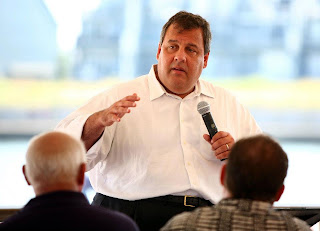 Christie cost us the margin beyond corruption in Pres race. His performance exceeded crossing party lines and doing his job.
His MSNBC worthy performance, repeated over a week, gave an air of a bi-partisan, caring, very Presidential Obama. None of which is true...evidence the debacle post Sandy.

There will be no forgiveness. None. I have never worked so hard, donating more than I ever have in my life, beyond what I could afford because a second Obama term would be dire for the country.

I will extend the same effort to keep this self serving, arrogant, betrayer out of the running for president.

I am 56 years old with a long memory. I will not forget what Christie has cost my children, and likely my and their ability to seek health care.