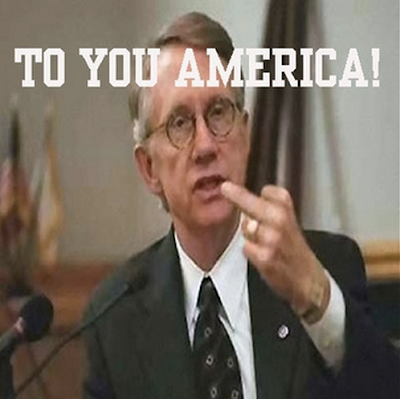 The actions by Harry Reid and the Democrat US Senate today were nothing less than unconscionable.

This move will ratchet up the polarization in Washington and build nothing but ill-will going forward.

This flies in the face of more than two centuries of heretofore respected rules and honorable tradition. One would think the Democrats would be less reckless -- especially during a time when their leader has lost the trust of the American people and their party is taking a beating in the polls.

But this is the same party that shoved Obamacare down our throats and left us with the biggest bureaucratic bamboozle (and most damaging lies) in recent history.

Horrible Harry and the Dirty, Dingy Dems: An affront to all human decency!
Posted by Dan Cirucci at 5:31 PM