As 2015 draws to s close we once again find ourselves weary of certain characters and personalities.
Some are abrasive. Some are terminally annoying. Some are too full of themselves. And some are simply overexposed.
But they've all gotta go.
So, in no particular order, here are our 16 (plus a few) people who should disappear in 2016: 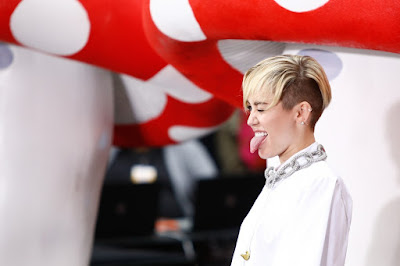 1) Stephen Colbert. He vowed to shake a grating character and turn over a new leaf. But all the leaves have fallen and the show's a complete bomb while CBS bleeds dollars late into the night. This guy has had it!

2) Liam Neeson. All those faux-thrillers and revenge-filled flicks have turned wearisome for a "star" who was never very appealing to begin with. And now he's cutting pro-abortion ads and touting Islam. Nah! Not gonna fly!

3) Adele. Did you know that her record sold a gazillion copies in the first few days? Did you? "Hello, hello, hello . . . " To which we add: "Goodbye, goodbye, goodbye!"

4) Santorum. Huckabee. Graham. Pataki. Gilmore. Kasich. And yes, Jeb Bush, too. The whole damn bunch of also-rans. They shouldn't have been in the race in the first place and now they need to leave, pronto!

5) Ryan Seacrest. We'll allow him just one more Rockin New Year's Eve. Then, it's strictly a matter of forgetting an old (barely) acquaintance and a largely irrelevant personality. BuhBye!

6) Amy Pohler and Tina Fey. Is it our imagination or have they really become obnoxious? We'll count both of them as one and note that they aren't even very funny. Adios!

7) The entire cast of The View. One last round of kvetching as the sun sets on the left-leaning home of the Bitches' Brew. Grrrrrr!

8) Bruce/Caitlyn. The year's biggest attention whore. Whoever you are, hurry along now and live the rest of your totally awesome life quietly and in private. OK?

11) Flo. You know, the lady in those insurance commercials. Yeah, her. She's like a hangnail or that little drop of snot dripping from your nose or that piece of toilet paper that sticks to your shoe. Flo, Flo, Flo away!

12) Frank Underwood aka Kevin Spacey. It was fun when it began but now the show has completely jumped the shark and Spacey himself seems consumed by the character, and not in a good way. So now, it's all just boring.

13) All the characters in Star Wars. Bah Buh. Buh Buh Buh Baaaah BUH, Buh Buh Buh Baaahhh . . . Hey, ya know what? We just don't get it. And we never did. And we really don't care. Vaporize!

14) Miley Cyrus. Oh, my! Where do we begin? We've seen way, way more of her than we ever wanted to see. Like a wrecking ball, honey we're gonna send you on your way! (pictured)

15) Seth Rogen. He makes one bad movie after another and the situation is so bad that he's had to latch onto the likes of James Franco, Bryan Cranston and Zac Efron to survive. And on top of all that he compares American Sniper to fake Nazi propaganda. This guy is a complete jerk. Be gone!

16) Blake Shelton. When did this fella come to epitomize down-home appeal? Why in hell would Miranda and Gwen want him let alone fight over him? Why? To us he's just a big doofus whose "fame" is an insult to everything that makes country music great.
Posted by Dan Cirucci at 3:25 PM