In many ways this was the year of the loser.
Of course, with our culture coarsened as it is, losers seem to naturally emerge. And don't we delight when "winners" fall from grace and join the ranks of losers?
Well, some of them were never "graceful" or "graced" to begin with. In any event, we offer you now in no particular order 2015's Fifteen Biggest Losers:

1) Bill Cosby - He was America's favorite dad and the epitome of transcendent success. He had everything but (as is often the case) that simply wasn't enough. After years of getting away with who knows what, he feel with a Big Giant Thud. And the reverberations haven't sopped yet.

2) Ariana Grandé - Licking doughnuts while proclaiming "I hate America!" she was later forced to recant. What is it with this gal, anyway? Is she really as clueless as she seems? She acts like a mini diva even though her TV show was cancelled almost before it was even launched and she's already had to fend off plastic surgery rumors. Grow up!

3) Brian Williams - A once-revered anchorman who apparently spent the better part of his professional life making up stories about himself. After his "suspension" everybody knew he wasn't coming back anytime soon. And, as it turned out nobody misses him.

4) Josh Duggar - This fella proved that you don't have to be a politician to be a world-class hypocrite. In a year dominated by phonies, his familial charade tops the cake. Loser!

5) Jeb Bush - This is pitiful. It's really sad to watch. And to make it worse, it's rapidly developing an air of shamelessness. Yes, the scent of flop sweat is pungent, indeed. And you though WASP's didn't sweat, huh?

6) The Phillies and The Sixers - We'll put these two teams together. The Phillies have shown just how far one team can fall while the Sixers have shown us that there may be some attractions that even Camden isn't wishing for.

7) Congressman Bob Brady - Always good for a somewhat sick chuckle, Brady boasted that he swiped the Pope's holy water and slurped some of it. Then, he shared it with intimates. And now he's endorsed indicted Congressman Chukka Fatah foe re-election. True brilliance, Philly-style! 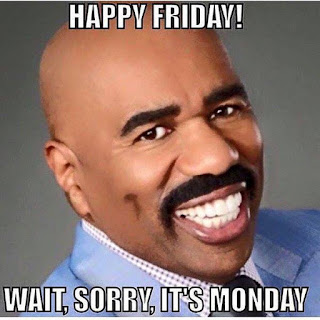 8) Steve Harvey and Miss Columbia - Do you need any further reminders that Donald Trump is no longer in charge of the Miss Universe pageant? On live TV Harvey announced Miss Columbia as the champ when the real winner was Miss Philippines, a blunder that's nearly set off an international incident. Never mind!

9) George Clooney - Looney Clooney spoke out on a variety of topics this year but nothing spoke louder that his multi-million dollar bomb of a movie titled Tomorrowland. It was the biggest flop since Ishtar. Tomorrow? Nah, fuhhgettaboutit!

11) The Washington Establishment - Oh, that oh-so-powerful crowd inside the beltway. So much grandeur. So much influence. So out-of-touch. So out-of-reach. So out-of-tune. The only surprise is that it all took this long to finally unravel. Trow 'dem all out!

12) Rachel Dolezal - You know, that white woman who insisted on passing herself off as African-American? Is she really bi-racial? Why did she want to be Black? How did she get to be president of her local NAACP chapter? Can you be African-American just because you think you are? Can you will yourself to Blackness? Zzzzzz . . .

13) Jared Fogle - The former Subway poster boy lost more than a lot of weight (much of which he seems to have regained). Turns out he had to plead guilty in federal court to possessing child pornography and traveling to pay for sex with minors. He's been sentenced to serve 15 years, 8 months in federal prison with a minimum of 13 years. Scum!

14) Volkswagon - The EPA issued a notice of violation of the Clean Air Act to Volkswagen after it was found that the automaker intentionally programmed turbocharged direct injection (TDI) diesel engines to activate certain emissions controls only during laboratory emissions testing. The programming caused the vehicles' nitrogen oxide (NOx) output to meet US standards during regulatory testing, but emit up to 40 times more NOx in real-world driving. Ye see, sometimes the EPA gets it right!

15) George Stephanopoulos - Poor, poor Georgie! He donated $25,000 in 2012, 2013, and 2014 (a total of $75,000) to the Clinton Foundation, but did not disclose the donations to ABC News, his employer, or to his viewers. Yes, he failed to reveal the donations even on April 26, 2015, while interviewing Peter Schweizer, the author of Clinton Cash, a book which alleges that donations to the Foundation influenced some of Hillary Clinton's actions as Secretary of State. Liberal (like most of the media) and phony as well.
Posted by Dan Cirucci at 4:47 PM