Is THIS The Guy To Get The Job Done? 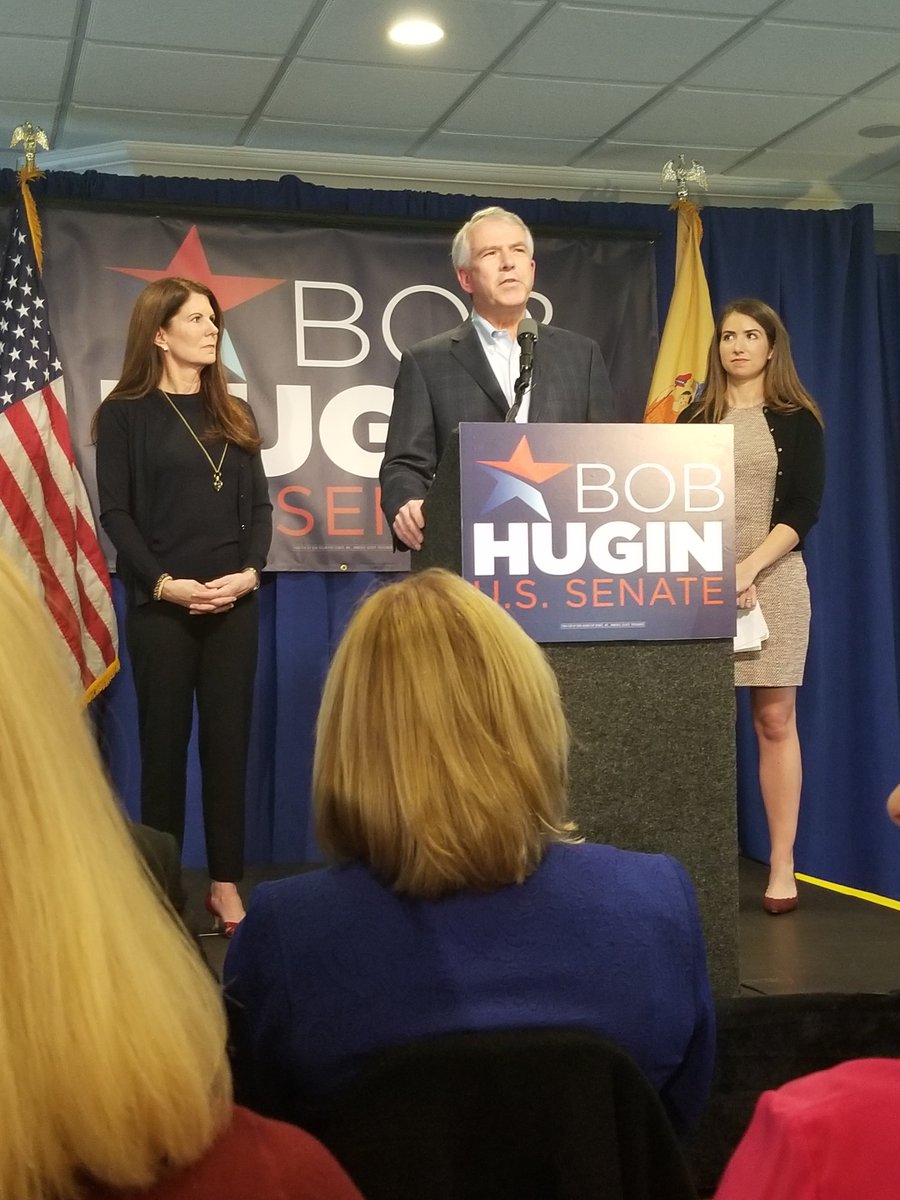 From the Save Jersey blog, reprinted with permission:
Flanked by his wife and daughter, former Celgene executive Bob Hugin (pronounced YOUgin with a hard g) launched his campaign for U.S. Senate on Tuesday morning, telling a packed Springfield Elks Lodge that the country is “headed in the wrong direction” and needs “change in a Washington, D.C.”
“We can and we must do better in Washington, D.C., for all of the people in New Jersey,” Hugin, a backer of President Trump’s 2016 candidacy, declared to his assembled supporters in remarks that focused less on specific national issues than the ongoing affordability crisis in New Jersey.
Former Lt. Governor Kim Guadagno, her 2017 running mate Carlos Rendo, and U.S. Rep. Leonard Lance (R, NJ-07) were among the GOP dignitaries on hand to lend Hugin their personal support.
“Proud to be part of this morning’s announcement in support of my friend Bob Hugin for U.S. Senate,” tweeted Lance. “Bob is a Marine Corps veteran & successful businessman who helped bring life-saving cures to market & thousands of jobs to NJ. We need Bob Hugin’s leadership in the U.S. Senate.”
Allies say Hugin will inject $20 million of his own considerable fortune into the coming battle to unseat U.S. Senator Bob Menendez (D) who recently survived a federal corruption indictment when a mistrial was declared.
Hugin held a second launch event in the South Jersey suburb of Delran later yesterday afternoon.
Posted by Dan Cirucci at 12:31 PM