The Vivid, Restless Energy Of An Untamed Time

Through September 9, the Philadelphia Museum of Art presents a broad survey of the art and design of the 1960s, ranging from Pop Art dinnerware to space-age furniture and psychedelic record album covers. Design in Revolution: A 1960s Odyssey brings together photographs, paintings, prints, drawings, architecture, and fashion—including some of the Museum’s rarely seen collection of vintage rock ’n’ roll posters— that underscore the remarkable creativity that captured the spirit of this extraordinary decade in American life. 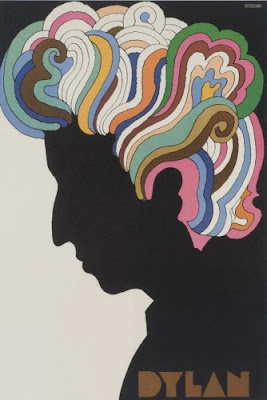 The 1960s were a period of tumultuous political and social change. From the Vietnam War and the building of the Berlin Wall, to the assassination of major political leaders, to youth rebellion and the counter-culture, the restless energy of the time provided rich ground for experimentation in art and design.

Other works by artists associated with Op and Pop Art illustrate the creative exchange across artistic media during the period. In the painting Hot Blocks by Edna Andrade, large squares appear to move in tonal contrasts of black, white, and gray, forming optical illusions that suggest the psychology of perception popular at the time. Fashion trends, ranging from paper dresses to body jewelry, are on view with other mixed media.

Design developments in space and commercial air travel permeated consumer culture during the decade, and industrial designer Eero Saarinen was among the individuals who gave artistic shape to the Jet Age. Photos of his design for the original terminal of the Trans World Airlines Flight Center (1962) at John F. Kennedy International Airport, show his signature wing-shaped, futuristic architectural design. Sue Palmer’s printed textile Space Walk (1969) conveys the excitement around intergalactic travel, while futuristic visions of comfortable living in space are conveyed in objects such as the “Djinn” Double Arm Sofa (designed 1962–63). Designed by Olivier Mourgue, it was instantly famous after becoming part of the set design for Stanley Kubrick’s epic film 2001: A Space Odyssey in 1968.

The decade is also represented musically through record covers, some of which have been lent from the personal collections of Museum staff. Psychedelic covers such as Axis: Bold as Love, by the Jimi Hendrix Experience (1967); Disraeli Gears, by Cream (1967); Let It Bleed, by the Rolling Stones (1969); and Space Oddity, by David Bowie (1969) are on display.

Exhibition organizer Juliana Rowen Barton, Andrew W. Mellon Graduate Fellow, said: “The 1960s reshaped American life and represented an extraordinary moment in which the arts proliferated through the culture, capturing its exuberance, the horrors of war and civil strife, as well as the myth of progress. These artists take us back in a kind of time travel. At the same time, they offer us, perhaps, refreshing ways to reflect upon our own time with new eyes.”