Ever Heard Of THESE People? The Challengers . . . 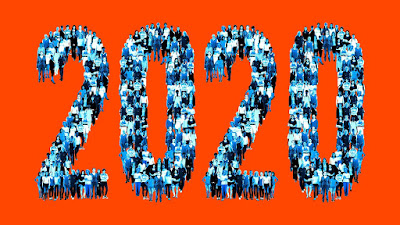 Well they're lining up to challenge President Trump in 2020.
The campaign is already underway.
And a mass of Democrats seem convinced that one or another of them can take down the president. Remember: just about anything can happens in politics, In case you still don't believe that just remember what happened two-and-a-half years ago.
So, let's take a look at the crowded (and growing) Democrat field so far:

John Hickenlooper
The former Governor of Colorado and the man who opened the door to legalized marijuana for recreational use. At 66, he's not exactly a newcomer and he does have that funny name. By after names like Huckabee and Obama, what's funny anymore?

Jay Inslee
The Governor of Washington. An unknown name from a state that hardly anyone thinks about -- someplace up there in the corner of the country. Our theory: the corners can be wacky places -- very wacky, for some reason. Not exactly a youngster; he's 68.

Bernie Sanders
Crazy Uncle Bernie. Some people think his curmudgeonly persona makes him appealing. We think he's just a grouchy, whining old coot and one of the most consistently annoying public figures imaginable. Frankly, at 77, he reminds us of a cranky, badly reconstructed Bolshevik.

Amy Klobuchar
Another funny name. Her claim to fame? She's said to be the hardest member of Congress to work for. Reportedly, she's very mean to her staff. Have you ever had a boss that managed to alienate everybody? Imagine that kind of person as POTUS.

Elizabeth Warren
Pocahontas. It's hard to believe she'll ever live the whole Native American thing down. Beware of women with closely-cropped hair, granny glasses and sensible shoes. You know, that drearily efficient professorial look. Still, at 69 she's remarkably fit and quite well-preserved.

Cory Booker
Spartacus. The Senator from Twitter. We can't quite figure this guy out. Yes, he's a relentless self-promoter. But we keep thinking there's some missing piece -- a part of the Booker puzzle that just hasn't been revealed to us. And this, too: an element of drama that quickly wears thin.

Pete Buttigieg
Another funny sounding name! In fact, the letters of the name even look funny together. Only 35, he's an Afghan war veteran, openly gay and married. A graduate of Harvard and a Rhodes Scholar, he's the Mayor of South Bend, Indiana -- not exactly a jumping-off point for the presidency. He'll be back again. Someday he'll run against Robert Francis (aka Beto) O'Rourke.

Kamala Harris
Did she really make some strategic boudoir conquests on her way to the top? That shouldn't play well in 2020. But, hey -- the rules are different for liberals, right? She recently described Washington as a "hot mess". She's only been in the US Senate for two years, but that didn't stop Obama so why should it stop her? Like Obama, she's multi-racial -- part Indian, part Jamaican. Her name, Kamala, comes from the Sanskrit word for lotus flower.

Well, at least she has served nearly ten years in the US Senate. But this vocal supporter of the #MeToo movement, is facing what appears to be a #MeToo moment in her own office after a female staffer resigned citing mishandling of her sexual harassment allegations against a male staffer. File this user "erroneous zones".

Julian Castro
OMG! Would the country really elect somebody named "Castro" as our president? Maybe that's why he bills himself simply as "Julian". This guy's a former Mayor of San Antonio and was HUD Secretary under Obama. Yet another spinoff from the Obama era!

Tulsi Gabbard
This Hawaiian congresswoman sports a moniker (Tulsi) that is the name for "holy basil," a plant sacred in Hinduism. Gabbard was raised in a multicultural and multireligious household. Her father is of Samoan and European ancestry and an active lector at his Catholic church. Her mother, who was born in Decatur, Indiana, is of German descent and a practicing Hindu. Tulsi was home-schooled through high-school. Whew!

Marianne Williamson
This best-selling author of spiritual books has run unsuccessfully for Congress from California. She is the founder of Project Angel Food, a volunteer food delivery program that serves home-bound people with AIDS and other life-threatening illnesses.  She says she believes "in a universal force that, when activated by the human heart, has the power to make all things right". Ooohkay . . . .

Delaney was the first candidate to officially enter the Democrat race when he announced his candidacy in 2017 not long after President Trump took office. This former Maryland congressman is actually from New Jersey. He seems to be that rarest of entities this year -- a moderate Democrat who has shown a real willingness to work across the aisle. That will doubtless get him nowhere in the current Democrat Party.

Andrew Yang
A former tech exec, he's a big proponent of a universal guaranteed income. The son of Taiwanese immigrants, he describes his upbringing as “pretty nerdy”.  He wants to give everybody over the age of 18: $1,000 a month, no strings attached, paid for by a new tax on the companies benefiting most from automation. Like we said, ooohkay . . .
Posted by Dan Cirucci at 7:36 PM