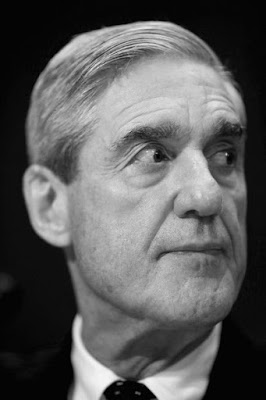 Byron York, with cogent observations in the Washington Examiner points out five things that never happened relating to the Mueller investigation:


1. Mueller didn't indict Donald Trump Jr., Jared Kushner, or some others close to Trump who were said to be in legal trouble.
2. Mueller did not charge anyone in the Trump campaign or inner circle with conspiring with Russia to fix the election. Remember: this was the primary subject of the investigation in the first place.
3. Mueller did not subpoena the president, despite intense media speculation that he would do so.
4. The president did not fire Mueller, even though many predicted that he would.
5. The president did not interfere with the Mueller investigation.
Click here to read the entire column.
Posted by Dan Cirucci at 10:43 AM

I have been casting spells for many years and I have helped many people, I might be able to help you too. I am honest, and I genuinely care for all the clients who choose me to cast a spell for them.
If you have any questions about Love, Money, curse, protection, bad luck, divorce, court cases, or about me please call or email me. I really want you to feel comfortable before moving forward with any spells, or other services. I will take the time to explain things to you and provide you with honest advice, to what is best for your situation. I will not pressure you into having a spell cast, I will leave that decision up to you, and when or if you decide to move forward, I might be able to help you.
I will respect your Privacy. I will not seek to obtain any of your personal information beyond what you might voluntarily offer and all information you might give me including emails, phone numbers and photos will remain private and confidential.
I perform my Rituals only at night between the hours of 0.00 - 0.59 (South African time) lasting 1 hour but of course, this depends on the nature of the ritual, some rituals might take hours and can also become necessary to be performed at specials places like; flowing streams, cemeteries and other places dictated by the gods.
I do not want anyone to be under any illusions about my spells and its numerous rituals. Real and effective Voodoo is no child's play, it is expensive because, after the rituals, I will have to destroy all the materials involved by fire and the ashes scattered over a flowing stream or river.
You will get what you seek.But please understand this might take a lot of time and that individual results may vary. contact +27663492930, greatogudugu@gmail.com

Herbal cure for Following DISEASES,this is not scam is 100% Real.