Ban Them From Israel? Positively, YES! 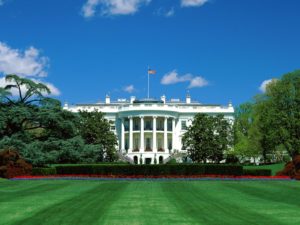 Thus, for instance, the United States properly denied admission to:
Israel is absolutely correct to bar admission of Israelophobic Jew-haters Reps. Rashida Tlaib and Ilhan Omar. Tlaib and Omar seek Israel’s destruction, and are leading promoters of anti-Jewish anti-Israel BDS. They even outrageously compare boycotting Israel to boycotting Nazis – and introduced and co-sponsored introduced House Resolution 496 to promote BDS. Omar’s financial backers include top anti-Israel BDS leaders and Hamas supporters. Tlaib’s associates include Hezbollah-backer and anti-Israel Al Awda head Abbas Hamideh. A study documented that Tlaib publicly praised 18 colleagues who are close associates of Palestinian terrorists with Jewish blood on their hands, for helping Tlaib to win office. Omar even demanded that a judge should show compassion towards and reduce the sentences of convicted ISIS terrorists – and much more. (Also see “ZOA Applauds Israel for Refusing Entry of Israelophobic Jew-Haters Tlaib and Omar,” Aug. 15, 2019.)
Posted by Dan Cirucci at 5:55 PM