The Three Meanest Cities In America! 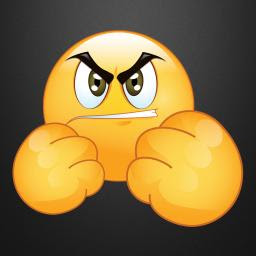 What are the three meanest cities in America?
Quick, what cities come to mind?
Are you thinking Detroit or Baltimore or Chicago or some other city that has a reputation for crime or poverty-plagued neighborhoods?
Well, think again!
The three meanest towns in America are bastions of power, money, influence, corruption and decadence. One is the center of power, one is the center of finance and the third is the center of imagery and glamour.
One is built on bald, gloating political might. One is built on on an endless thirst for money. And the third is built on pure pretense -- a shimmering world of illusion.
Now, you may have a  better idea what we're talking about. We're pointing to Washington, DC, New York and Hollywood. All three of these dubious capitals interact with one another to the extent that it suits their needs, but each jealously clings to its own vices.
In Washington, power is currency and there simply is no more powerful city on earth. Inside the beltway, there is an unbridled bloodlust directed at anyone  who would threaten the power of the privileged elite -- the people who are absolutely convinced that you fate lies solely in their hands. And if they are relentlessly brutal in their dealings with one another (and they are) then they are even more bare-knuckled when it comes to denying entry into their club to anyone who threatens their  power. Washington is no place for the faint of heart. Or, as President Harry Truman once said: "If you want a friend in Washington, get a dog."
In New York City everything (and pretty much everybody) has a price and the price is almost always higher than you think it is, and climbing all the time. Block by block and brick by brick the town was built on money from the Battery right up through the Bronx and into all the neighboring four boroughs as well. New York was, for a time, the nation's capital. But that wasn't enough for New York. Indeed, that was small change for a city that saw only one thing on the horizon -- big bucks. If you know how to generate huge quantities of shekels, you'll do well in New York. If not, the Big Apple will not only kick you to the curb, it will knock you all the way to Schenectady! And remember: when you leave New York, you ain't goin nowhere!
And then there's Hollywood, aka Tinseltown. This is the world's Dream Factory -- the place where all our dreams can come true if we're daring enough to believe in what Hollywood sells. The main commodity here is intense, sensual beauty -- preferably young, seductive and irresistible. Yes, it helps to have some talent, but in the end it's the sizzle not the steak that Hollywood trades in. Indeed, this is what the town pitches -- the suggestive, illusive aroma of pulchritudinous fulfillment. And if you think this is a genteel pursuit, just try to chart the misfortunes of those countless stars who succumbed to various addictions as well as the misadventures of those who never made it in the first place.
You've gotta be tough -- you've gotta have ice water in your veins -- to make it in any of these three centers of power. Just remember this when you're reading about the week's Biggest Star, latest Manhattan zillionaire or newest DC power broker.  And, keep this in mind, too: President Trump has conquered all three of these worlds: high finance (as a renowned real-estate developer), entertainment (as a TV powerhouse) and politics (as the leader of the free world).  Now, that's power!