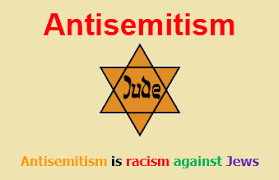 The Zionist Organization of America urges the New York Times to fire its Senior Staff Editor Tom Wright-Piersanti, in light of Wright-Piersanti’s antisemitic and racist tweets that were recently uncovered. Further, we urge the Times to conduct an internal editorial review of every piece of content that Wright-Piersanti has been involved in publishing during his five plus years with the Times, for antisemitic bias, and to take all necessary corrective actions regarding that content.

On January 1, 2010, Wright-Persanti tweeted: “I was going to say ‘Crappy Jew Year,’ but one of my resolutions is to be less anti-Semitic. So…. HAPPY Jew Year. You Jews.”

And then there was Wright-Piersanti’s odd December 2009 tweet, mocking Jews, saying: “Who called the Jew-police?”

And Wright-Piersanti’s May 2010 racist anti-Asian tweet: “With asian babies, is it racist to say to the parents, ‘Aw, he looks just like you!’? What if you say it before you see any pictures?”

After his racist and antisemitic tweets were exposed this week, Wright-Piersanti belatedly tweeted today: “I have deleted tweets from a decade ago that are offensive. I am deeply sorry.”

We are tired of meaningless apologies when people are caught red-handed, with nothing changing in the future.
“It’s time for a full accounting and house-cleaning at the New York Times.”

After the New York Times published a despicable antisemitic cartoon in April, the Times promisedthat it was “committed to making sure nothing like this happens again.” Keeping that commitment means assuring that admitted antisemites are not making editing decisions at the Times.

As U.S. Ambassador to Germany Richard Grenell told Breitbart News: “Anti-Semitism is on the rise. . . . We see it in the U.S., in Germany, in Europe – everywhere. But when antisemitic comments like these come from a New York Times newsroom insider, it is very troubling – especially because the NYT just decided to stop running political cartoons because they couldn’t stop the antisemitism coming from their cartoonists.”

The New York Times needs to finally start becoming sensitive to real instances of antisemitism, including the Times’ longstanding anti-Israel bias and the biases of Times’ personnel.

The ZOA has pointed out numerous instances of the Times’ biased reporting, dehumanization of Israelis/Jews and “humanization” of terrorists. The Times’ bias was evident in the 1940s and 1980s and is still evident today – as indicated by the Times’ recent false portrayals of Hamas’ Molotov-cocktail-throwing and grenade-throwing rioters and terrorists on the Gaza border as “peaceful protestors.” (See “ZOA Condemns Israel-Hating New York Times for History of Anti-Israel Articles & Two Antisemitic Cartoons,” May 2, 2019.)

A lengthy 2014 exposé in Forbes pointed out that unlike much of the foreign media, the Times failed to report: Hamas’ use of civilian shields; Hamas’ intimidation of reporters; Hamas’ full instructions of reporters to slant their reporting and not show Hamas rockets; that Hamas falsely blamed on Israel misfired Hamas rockets that hit civilian facilities in Gaza; and footage and information revealing that Hamas shot 30 rockets from UN facilities, 248 rockets from schools, and 331 rockets from mosques. (“The Media Intifada: Bad Math, Ugly Truths About New York Times In Israel-Hamas War,” by Richard Behar, Forbes Mag., Aug. 21, 2014.)

It’s time for a full accounting and house-cleaning at the New York Times.
Posted by Dan Cirucci at 1:14 PM

Kavita Pheerangee said...
This comment has been removed by a blog administrator.
August 25, 2019 at 2:48 AM