Why Perception, NOT Reality, Must Guide Us Now! 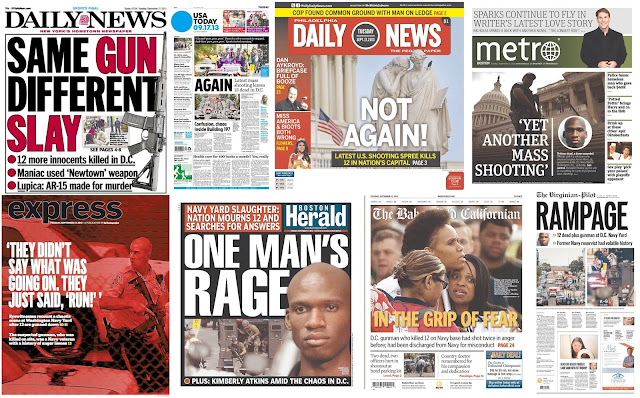 No, you are not likely to be the next victim of a mass public shooting.
The chances of that actually happening are very, very, VERY low as has been backed up by facts and pointed out before on this website and via other sources.
And no, America is not overrun with mass killers or serial murderers or shooters who are intent on setting a new mass murder record.
It just isn't so!
BUT there is a perception which has gained foothold across the land that has people scared out of their wits. They simply don't believe that they're not in danger. They feel something is terribly, terribly wrong and that we've drifted into a very scary place. And they're worried, anxious and, yes -- afraid!
This perception is fed by the popular culture, mainstream media, social media and the whole range of anti-Trump activists including Democrats and their top leaders. And the notoriety that is given to mass shooters actually seems to encourage additional crimes of this nature. From NPR: "Research shows that these incidents usually occur in clusters and tend to be contagious. Intensive media coverage seems to drive the contagion, the researchers say."
Amidst all this, the rhetoric has heated up to megawatt intensity and in this regard there's sufficient blame to go around, including amongst Trumpsters and their fiery leader.
But here's the point: public  relations teaches us that in our media saturated world, perception is reality. People are pent up, they're fretful and fearful and frightened. And they want action. They want to see something -- almost anything -- done. And they want it done now.
In this atmosphere, it behooves conservatives to come to the table and help hasten action. Not because all this is our fault or because we've been weakened; it isn't and we haven't. We need to do this because it's in our best interest and the best interest of the country.
And also because the old arguments won't work anymore -- they simply won't work in this atmosphere. The president knows this and he needs our help.
That means we've got to stop bickering, especially among ourselves, and strike to best deal for red flag laws (and/or some other new restraints) that we can. And we've got to do it without delay.
Yes, we need to take the lead right now, get this behind us and move on so the country can feel better about itself and focus on the good news of the Trump era: a robust economy; a resurgent manufacturing sector; unprecedented job numbers; real salary growth and progress that everyone can share in.
If we continue to nitpick and drag our feet, we will lose an unparalleled opportunity.
And, we will lose out right to govern as well.
Then, the nation will really be in one helluva mess!
Posted by Dan Cirucci at 5:42 PM