Lesniak: About That Camden Supermarket Deal 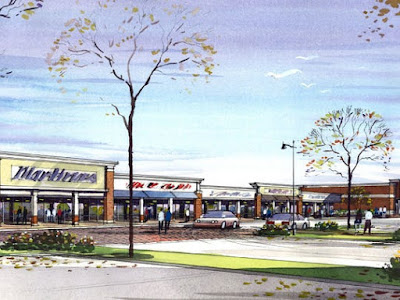 Former New Jersey State Senator Raymond Lesniak, the architect and sponsor of New Jersey’s tax incentive programs issued the following statement on his legislation which provided tax incentives to bring a grocery store to the City of Camden, a city long-determined to be a food desert:

“Currently, there are murky accounts revisiting and distorting the history of the 2013 Economic Opportunity Act legislation that provided an incentive to establish a supermarket in in the City of Camden, a known food desert.

“ShopRite, a member of Wakefern Food Corporation, initially made a proposal for the City on March 20, 2013 which was extensively reported on. At that time, the Economic Opportunity Act which I had sponsored did not include amendments that were included in the final version of the bill. The amendments were designed to attract investment in a supermarket in the City of Camden along with other businesses to create a more vibrant business atmosphere than would a free standing supermarket. Every urban planner knows that. I know that. But even that wasn’t enough to attract investment in a supermarket in Camden City.

“There was also a proposal by Fresh Grocer, a member of Wakefern Food Corporation, for a supermarket which was also publicly announced and the developer praised recent changes to the Urban Transit Hub bill that he believed would lead his project to be successful.

“It was ultimately the Wakefern Food Corporation which decided not to make an investment in a supermarket in the City of Camden.

“’The site Cherkas hoped to develop with a ShopRite store was considered by retailer-owned cooperative Wakefern Food Corp.,’ Shawn Ravitz, the vice president of administration for Ravitz Family Markets, said in a statement via a spokesperson for Wakefern. “Like all proposed store sites, an internal review was conducted, but the site was not approved for development. It’s that simple.”

“Every step of these decisions was made in public, the changes were well known by all parties in real time, and it was not rushed through the legislative process.

“Nearly 3 months went by between the language for the mixed use Camden Supermarket being added and the time both houses of the legislature took final action on the bill. Every element of this bill was heavily debated by all parties and every member of the legislature had ample time to consider every amendment made including the Conditional Veto by Governor Christie which added Atlantic City and was approved by the Assembly and Senate.

“Sometimes the best laid plans of mice and men often go awry,” Lesniak said. “Camden City and other “food deserts” will need more enhanced incentives to attract supermarkets which bring not only more convenience to residents, but also healthy foods and lower prices.”

There was not at that time, nor at any other time, a stand-alone grocery store proposed: https://www.nj.com/gloucester-county/2011/08/transit_village_envisioned_for.html

The Ravitz family project on Admiral Wilson Boulevard was announced more than six months prior to the passage of the EOA in September of 2013: https://whyy.org/articles/shoprite-to-be-built-along-admiral-wilson-boulevard-in-camden/