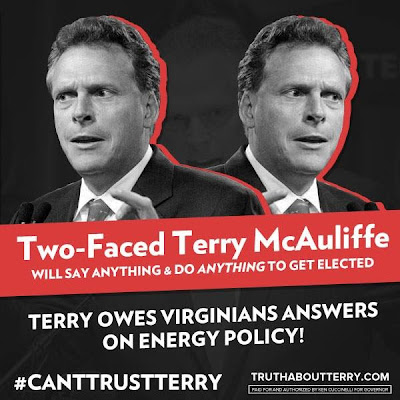 Terry has flip-flopped on his energy positions - from coal to offshore energy. Now, he's refusing to take a stand on the Obama Administration's War on Coal, all while benefiting from untold dollars from the radical environmentalist lobby.
It's time to hold Terry accountable for his flip-flops and refusal to tell Virginians where he stands.
Posted by Dan Cirucci at 12:30 PM