A Rarity, He Defined The Term 'Inimitable' 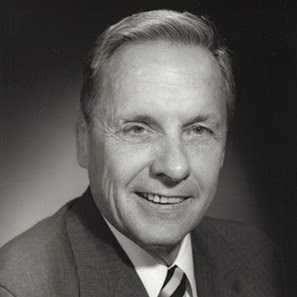 You don't hear the word "inimitable" much any more.
Maybe that's because there aren't many inimitable people around.
Sadly, we live in an age of cookie cutter personalities. Despite all the talk of "diversity" (a nebulous and plastic invention of the PC crowd) the simple truth is that there isn't much richness or depth of personality in most of the people we encounter. Put another way, the days of rugged individualism seem to be gone, swept away like a curious relic of another era.
Even Really Important and Accomplished people today often seem strangely homogenized -- constricted, restrained and worst of all, often cowardly.
Which is what made Joseph H. Foster (who passed away recently) all the more rare and refreshing as the years went on.
Here's how I first met Joe Foster: It was 1980 and I had just started working at the storied, and steeped-in-tradition Philadelphia Bar Association as its Director of Communication. Joe had recently been elected Vice Chancellor of the Association and I was sent to accompany Joe to a national conference of bar leaders in Chicago sponsored by the American Bar Association. On our first morning in the windy city (a very windy city in March, no less) Joe sat across from me at a hotel restaurant and proceeded to eat bits and pieces of my breakfast from out of my plate. Yes, Joe had his own breakfast but he was intent on eating both his and parts of mine.
As Joe repeatedly reached across the table with his fork and snatched my home fries and scrambled eggs, I simply acted like nothing was happening. And, since Joe was not the kind of guy inclined to "dialogue" about such things, I took it as his method of bonding.
We were going to have to work closely together during his time as Chancellor so we may as well start acting like family and eating out of each other's plates. Hey, at least we didn't have to share the fork.
Though he was a renowned leader of the trial bar (on the defense side) and a partner at the venerable Philadelphia law firm of White and Williams, Joe Foster was totally unimpressed with himself. The man was completely devoid of pretense.
While others ordered a martini, he'd gulp a beer. When dinner companions demanded their steak cooked just a certain way and quibbled over accompanying choices, Joe simply ordered a burger and fries. And, forget soufflé. Joe was looking forward to a plate of ice cream.
He was a man of simplicity who cut to the chase, literally and figuratively. Fragrances for men? Joe wouldn't hear of it. His wife told me that after he shaved in the morning, he simply slapped some Vaseline on his face. That was it. That's what worked for Joe and that's the way it remained.
Joe probably kept more that a few secretaries at White and Williams busy (in the days when there actually were secretaries and they took shorthand) but when you called Joe's office, he answered his own phone. The greeting (in Joe's distinctive, gravely voice) was always the same: "FOSTER!"
That greeting was an authentic announcement and a succinct preface. It said: "Yeah, I'm here. Whataya want?"
Joe was what they called a "lawyer's lawyer." He loved the law and the people who served the legal profession and he maintained cordial relations with lawyers and judges from every constituency and at every level. He was approachable and he treated everybody the same. He was completely dedicated to the profession. And, though he would hate the term, in the process he became a legend.
Many Chancellors of the Philadelphia Bar Association have used the post (and continue to use it) as a stepping-stone to something more, something higher. That was not the case with Joe Foster. He served as Chancellor for the joy of serving, just another part of giving back to his profession. He sought nothing in return and when his year as Chancellor was over he once again dedicated all his time to his firm and its clients. That's what he loved. That was his life.
I distinctly remember Joe's advice to bar association executive director Ken Shear as Joe wound up his time as Chancellor. He turned to the man who was responsible for running the organization day-to-day and simply said: "Kenny, don't give away the store."
A lifelong resident of Philadelphia, Joe graduated from LaSalle High School, LaSalle College (magna cum laude in 1950) and the University of Pennsylvania Law School (1953). He was admitted to the Pennsylvania Bar in 1953 and joined White and Williams law firm in 1958, working there until 2016. By any standard, that's an astonishing stretch of service at one firm and today, it's truly unheard of. But Joe Foster kept up with the times and the changes that came over the profession (not all of them good) by always finding a way to make himself useful.

Yes, Joe Foster was inimitable.
And wow, could today's elected Philadelphia Bar Association leaders learn a lot from the life and legacy of this guy!

Now, here are some more recollections of Joe from our dear friend, Christine Flowers:

It is a time of sad deaths.
This morning, I learned from my friend Felix Yelin that a man who cast a long shadow over my personal and professional life passed away. His name was Joe Foster, but even though I knew him for 50 years I would never, could never, have never used his first name. He was always "Mr. Foster."
He was a senior partner at the firm my father joined in 1966, White and Williams. Daddy was a young and scrappy Irishman with a "wrong side of the tracks" chip on his shoulder and a fire in his belly. He was going to be someone. Mr. Foster, 11 years his senior, saw that character, that hint of trouble and that infinite promise and mentored him. Eventually, the distinction between student and teacher melted away like snow in April, and they became what they remained until Daddy died in 1982: dear friends, mismatched platonic soul mates.
I first met him on a Saturday in 1966, while I was hopping down the empty halls of the Land Title Building. Daddy took me to work with him (I suppose it was safe when no one was around, or so he thought.) I was snooping into cubicles when I heard this booming Burning Bush style voice: "Little girl, come here, want a rock?!" I looked up, and my five year old eyes beheld a tallish man with a lazy eye that looked in one direction while the other was focused on me. In his hands was a bowl of polished stones, his hobby. And he wasn't smiling. I must have looked as petrified as the stones, because he said "It's okay, I'm Joe a Foster. I'm your dad's friend. Have a rock."

I still have that rock.

He and my father were twin giants of 1970s law. Between them they racked up some legendary victories in court. They also racked up some legendary drinking exploits, usually fueled by all nighters at McGillen's. Mostly, it was in good fun, although the time they both relieved themselves in a potted plant at the Union League makes this dispute over gender neutral bathrooms seem tame in comparison.

Daddy handled, in large part, Mr. Foster's campaign to be Chancellor of the Bar Association, and he won. I think it was understood that the favor would one day be reciprocated, but that day never came.

When Daddy died in May of 1982, Mr. Foster was pretty broken up, but men of his generation didn't show it. They just worked stoicly through their grief. He became trustee of my father's estate and tried to give me good counsel as an elder. I didn't always take it, but ultimately regretted when I didn't.

He floated in and out of my life in the last decades, often emailing (it was a shock that he figured out how to do it because he was so old school) to tell me how much he agreed with my columns. I had a great smile every time I got one of these missives, or got a message in my voice mail saying, in that gruff "Have a rock little girl" voice , "Foster here..."

I won't hear that voice again. But I know that in heaven, the Angels are ducking under clouds for cover. Joe Foster and Ted Flowers are together again. Someone better hide the celestial plants. wink emoticon.