If We Love It, Please - Let's Treat It With Respect

Summer is America’s season.
And it’s also the season of Old Glory.
It’s the time of year when our American flag seems more visible than ever. The flag flies proudly at Fourth of July celebrations, leads parades and community observances, decorates monuments and gravesites and flutters above tall buildings and city streets.
This is the season of the red, white and blue.
And that’s fitting because the flag was officially adopted as the symbol of our nation on June 14, 1780 thus giving birth to the observance of Flag Day on that date every year.
But I continue to be worried about our American flag. 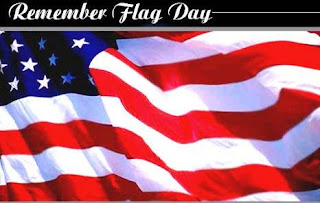 I’m worried because too often I see the flag displayed with everything from indifference to outright disrespect or dishonor.
I know that lots of people displayed the flag right after September 11 and that was understandable. Old Glory naturally appears when we want to come together as one nation and demonstrate our strength, unity and pride.
Recently, though I spotted elongated, disproportionate flags flown from poles at a new car dealership. Frequently I see huge, oversize flags flown along highways in front of businesses. These flags seem to be displayed solely to attract attention to the businesses.
In my neighborhood a local realtor once placed small plastic American flags in the ground at curbside in front of many homes. Forget the fact that there’s something inherently offensive about a plastic flag. These flags have promotional messages from the realtor attached to them. Way too often I see flags touching the ground.
Sadly, I once saw a tattered flag flying over Philadelphia’s City Hall on the Market Street West side of the building.
Not too long ago someone gave me a flag lapel pin that had a promotional message displayed across the front of the flag. And I’ve actually seen the flag used as a window covering and imprinted on paper plates, cups and napkins.
Lately, the flag even decorates articles of clothing. For a long time this was considered improper but now it seems to be commonly accepted.
If we love our flag – and we should – we are obliged to observe proper flag etiquette as stipulated by United States Code Title 36 Chapter 10, also known as the Flag Code.
The proper proportions of the flag are defined by law so that no matter how large or small a flag may be it is always looks the same and is clearly recognizable as Old Glory. And that’s just the beginning. The Code says that the flag should not be used as a drapery, or for covering a speaker’s desk, draping a platform, or for any decoration in general. The flag should never be used for any advertising purpose. It should not be embroidered, printed or otherwise impressed on such articles as cushions, handkerchiefs, napkins, boxes, or anything intended to be discarded after temporary use. The flag should never have placed on it, or attached to it, any insignia, letter, word, number or drawing of any kind.
Furthermore, no part of the flag should ever touch the ground. And finally the flag should be cleaned and mended when necessary.
When a flag is so worn it is no longer fit to serve as a symbol of our country, it should be destroyed by burning in a dignified manner.
Organizations such as the Boys Scouts and the American Legion routinely collect old flags and dispose of them properly.
The Flag Code clearly states that “The flag represents a living country and is itself considered a living thing.” A living thing!
Our flag is the living embodiment of our nation. This summer let’s treat it as such.
Posted by Dan Cirucci at 12:11 PM