Paving The Road To Higher And Higher Taxes? YES! 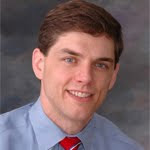 “Tonight, all the Trenton insiders did was pave New Jersey’s road to higher taxes. This State Street ‘deal’ is an instant $850 million tax hike on overtaxed Main Street New Jerseyans, with as much as $4.8 billion more in tax hikes coming in the next few years. And it doesn’t offer taxpayers their money back until five years from now, if it ever comes back at all.

“We have a serious problem and have to fix the Transportation Trust Fund. But New Jersey’s biggest problem is our crushing tax burden, and any ‘deal’, like this one, that makes the tax burden worse, is just a raw deal for New Jersey.”
Posted by Dan Cirucci at 6:43 PM